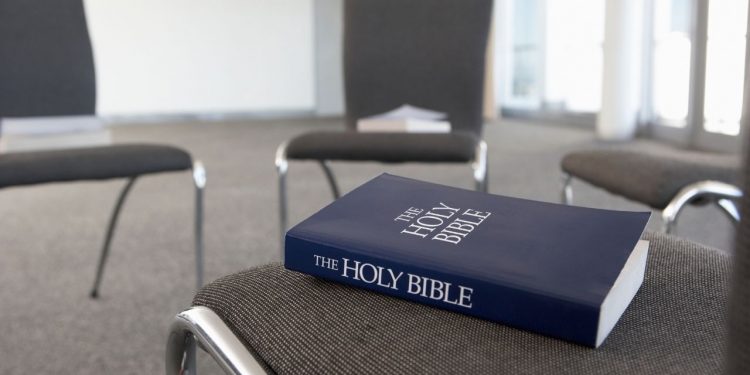 As the second wave of COVID-19 infections has swept the globe, divisions within communities have grown larger as people have become more fearful and paranoid of their surroundings. Furthermore, the end of the summer season has resulted in the ignition of many California wildfires, thereby causing thousands of individuals distress as they are forced to flee from their homes and risk their lives.

In recognition of those fighting the California wildfires, a California church called California Zion Church hosted an online prayer meeting on September 16th to pray for the safety of all those on the frontline of this battle. As over four million acres of land have been ravaged by the flames in California and Oregon, hundreds of firefighters continue to make every effort to contain the fires before they can spread to other residential and business areas. While thousands are left in need, congregation members of California Zion Church wanted to do something to bring the community together during these difficult times.

The California Zion Church invited other religious leaders of different faiths, like Sikh and Cao Dai, to join in the prayer gathering to demonstrate how disasters need not divide a community but can be overcome through unity. As these natural disasters affect all individuals regardless of their socioeconomic background or religion or ethnicity, this online gathering revealed a heart of compassion that can transcend boundaries of different beliefs.

While the pandemic has isolated many individuals, the California Zion Church’s willingness to gather online in a united heart to pray on behalf of these hard working frontline workers shows the community’s support for those suffering.

This event was in conjunction with an international online prayer meeting hosted by Shincheonji Church of Jesus, a church established in South Korea. Shincheonji held an international, interfaith prayer meeting composed of religious leaders and congregants from various faiths who gathered together to show solidarity and unity within the religious community. The purpose of the event was to pray for the quick end of COVID-19 and its horrendous effects on the global community.

Shincheonji Church has been a leader in promoting community efforts and collaboration to fight against COVID-19. 4,000 members of the Church volunteered to donate their plasma for the sake of treatment research, with 500 members donating in July and an additional 1,100 donations being given in August in collaboration with the Korean Centers for Disease Control and Prevention. Shincheonji’s large-scale plasma donation is the biggest of its kind, and has given plasma-based treatment researchers renewed hope during a situation when treatment research was in danger of being stalled due to lack of plasma supply.

The prayer meeting held by California Zion Church was met with positive reactions from the community as participants applauded the efforts to unite the community rather than divide. “It’s not common to see people of different faiths come together, especially because some have a history of conflict and some have a lot of misunderstandings about other faiths. It gave me a lot of hope to know that we’re standing together against this virus and the fires,” said one participant.

California Zion Church’s work for the community, however, is not only limited to prayer. Volunteers from the Church have been working together with local businesses and stores to collect and distribute donations, such as water and food, to families and individuals in need. Even going to the extent of working early morning and during their lunch break, over 50 volunteers from California Zion Church have also been working non-stop to help service workers, firefighters, and the affected families.