It’s The 21st Century, and yet, Women Are Still Terrified of Owning Abundant Wealth 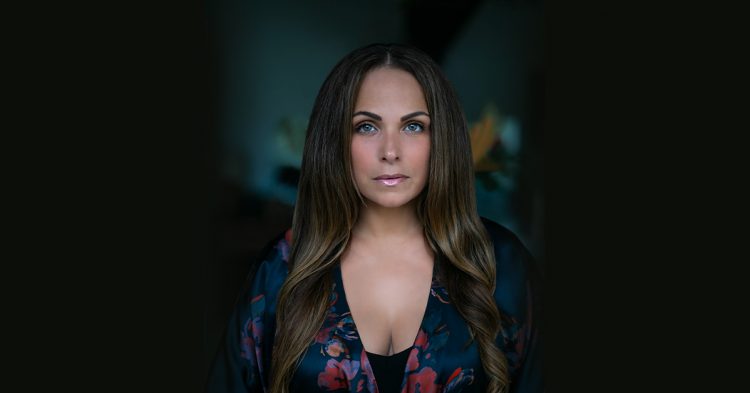 While society today may be a lot less patriarchal than it was a century ago, we are still holding on to several norms and unspoken expectations that leave women unconsciously restricted, in many ways. Most people are quick to pull up the “Oprah Winfrey, McKenzie Scott, and Beyoncé” cards when the conversation about women and wealth marginalization comes up. While the global gender earning gap may be gradually closing up as more women are amassing colossal net worths, the age-long financial and cultural conditioning where women aren’t supposed to aspire to “too much money” still exists – only in a more modern context.

“Money is simply energy, and as women, we are brought up to fear it,” says Leah Steele, a holistic wealth strategist. “The gender gap is closing but there are still so many who are held back by tradition or conventions that don’t serve us. This is financial slavery, an absolute difference that exists based truly on gender.”

Essentially, the “independent woman” label is impressive to society only on the surface. In reality, women are expected to be self-sufficient but “not too much”. You can earn, but just not as much as the men.

Several uncomfortable and rather unfair circumstances would quickly surround women as they become secured by abundant wealth. If people aren’t eager to attribute a female’s success to anything other than her own hard work, they’d work overtime to de-feminize her reputation – almost as though the male gender has a monopoly on financial sovereignty. Many women would rather avoid these situations than attempt to remedy the problems they bring. Apparently, it’s not as bad if she’s attached to an extremely wealthy male that funds an affluent lifestyle – as long as the exorbitant figures do not belong directly to her.

A major downside of this conditioning is that many women would end up associating the entire concept of wealth with financial prosperity only. If she can’t increase the racks in her bank account, what’s the point in doing anything else to improve other aspects of her life? “Contentment” is seemingly more holistic than wealth, leading to women being impoverished in every aspect of their lives.

“We don’t have wealth unless we have it across all areas of our life,” says Steele. “We’re taught that society operates in a certain way and that those who fall out of line deserve to be outcasts. We’re told to study hard, get good grades and go to university, even if it means taking on a student loan and getting into serious debt. We’re told that this is the way we can go on to get a ‘good job’, one that will ultimately see us working a 40-hour week and will see us go home emotionally drained and physically exhausted. We’re conditioned to be grateful for a 9-5 existence, and to be thankful for the opportunity to trade away our time for money.”

However prevalent these unspoken norms may be, Steele insists that women must learn to own, assume, and control their ability to acquire wealth and fully deserve it. 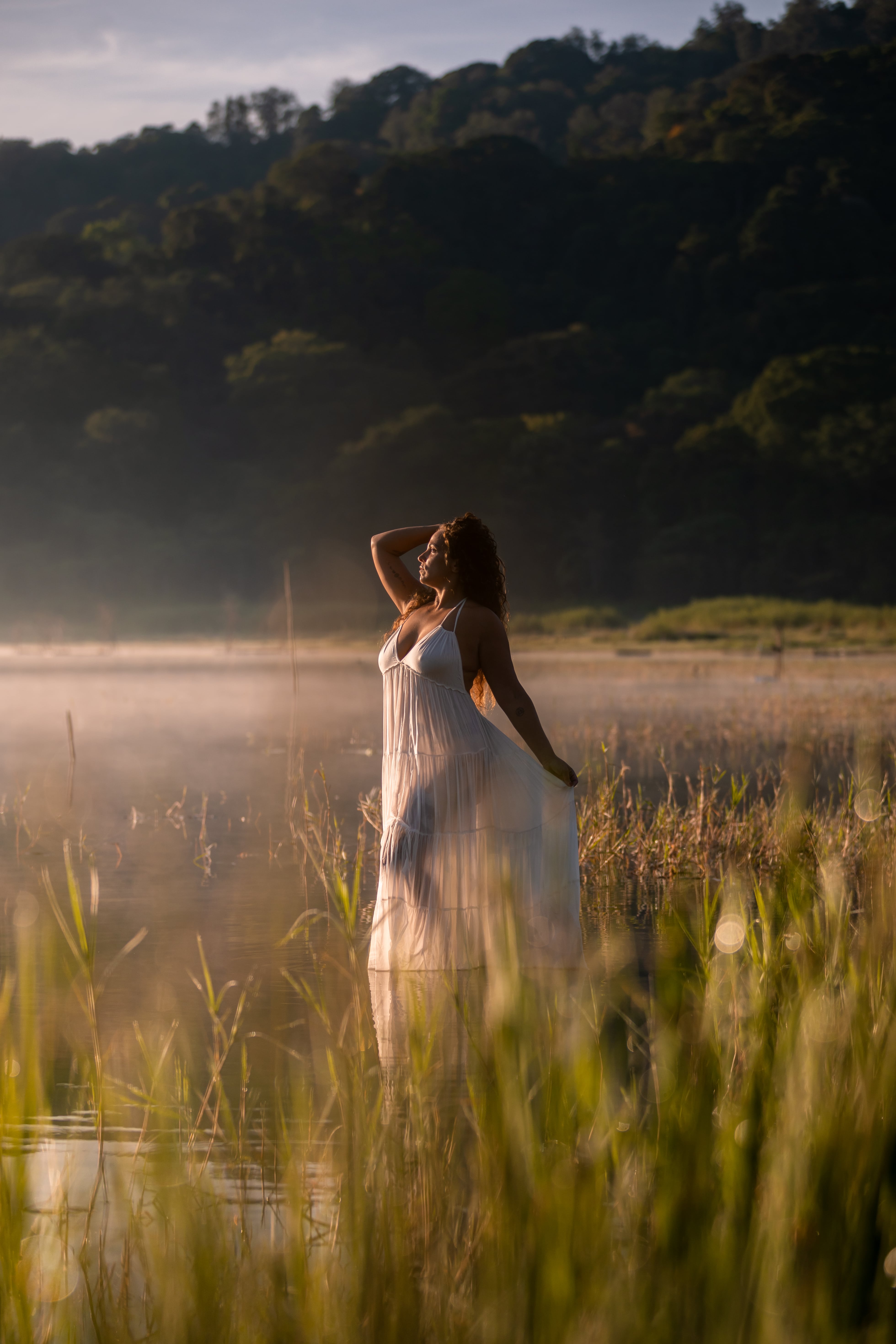 Holistic wealth generally emphasizes abundance, wellness, and progress in the physical, financial, emotional, mental, and social aspects of a person’s life. It invalidates the mentality that wealth is solely calculated by the monetary value of all of a person’s assets. While financial buoyance is necessary and desirable, it’s just one part of a larger whole – a state of being where a person removes the mental restrictions on abundance in every facet of their life.

Rebranding oneself from the financial programming that begins at infancy and stretches into adulthood is a transformational journey that requires a great deal of dedication and open-mindedness. As a woman in a “man’s world” society, financial re-conditioning will expose you to concepts and mentalities that are either too strange or unconventional. You must be ready to break through the terror of standing out and embrace the appeal of daring to be different.

Steele, known as The Wealth Witch, is a spiritual business coach that helps women worldwide bridge the gaps between spirituality, mental freedom, and abundant holistic wealth. She works with committed women to clear the emotional blocks and generational conditioning restricting them from achieving greatness at their highest potentials.

Formerly a career climber in the entertainment and sports marketing sphere, Steele found her way into entrepreneurship and built a successful addiction treatment center. However, her wealth was strictly financial as other aspects of her life suffered. Her marriage nearly crumbled, her business dissolved, her children became distant, the family drowned in debt, and her life was in overall dismay.

In retrospect, Steele accepts that this painful phase blazed her trail to spiritual awakening and transformation where she managed to de-clutter emotionally and find her spiritual inclinations once again. The correlation between holistic wealth and a strong affiliation with one’s spirituality should never be overlooked – or underestimated.

“The spiritual community is shunned, made fun of, made to seem like they’re crazy, hysterical heretics,” says Steele. “Because when we, as spiritual people, are accessing our true power, we cannot be controlled. We are easily able to see through the manipulation. And that makes us the most dangerous community to the current power structure.”

Steele now helps women deconstruct restraints on their financial destinies through her quantum wealth re-patterning course, Ouroboros, named after an ancient Egyptian symbol depicting a serpent eating its own tail, an emblem of infinity. This four-month program was created with a wide range of activities aimed at deep-cleansing the mind and neutralizing the effects of many years of subliminal conditioning.

“The program is physical and spiritual in nature, working concurrently with the physical body (brain, organs, and meridian systems) and the spiritual body (mindset, chakra system, multi-dimensional timelines) so that you can call in all the prosperity and abundance you desire,” Steele explained.

Scaling up to the highest potentials

While living with her family on the spiritually active island of Bali, Indonesia, Steele consistently comes up with engaging programs to help women enjoy their work and earn at full force while living their lives to the fullest.

She recently launched the Becoming Immortal program with her friend, Michelle Patrick, a clinically experienced practitioner of Naturopathic and Chinese Medicine. Becoming Immortal is a six-month deep-dive journey that teaches people to reach into the depths of their behavioral patterns to find a balance within their constitutional factor, take control of their own psychology, and rewire their mentalities.

Essentially, her purpose in life is to see more women thriving at financial self-elevation and holistic wellness.

“By nature, women are the caregivers,” says Steele. “When women succeed and overcome their financial hurdles, when they are guided by their truth, and when they wake up, everyone around them benefits.