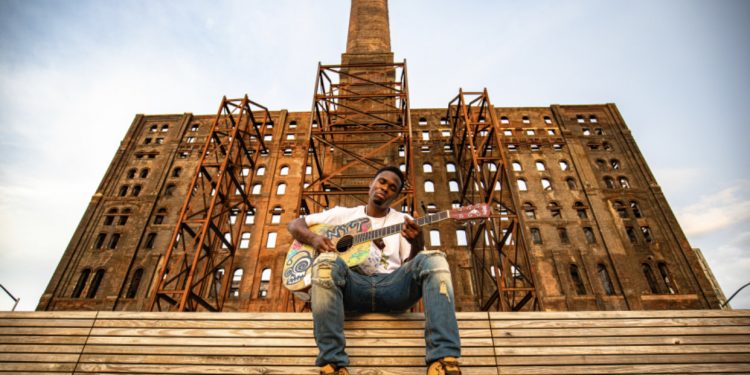 Jamell NYT is an independent singer-songwriter and producer who grew up in the small town of Burlington, Vermont. NYT started his career busking Burlington’s infamous “Church street” market place before catching the attention of local venues and eventually moving to New York City to pursue his dreams of becoming a major artist. The NYC subways is where Jamell really started growing a buzz for himself and reaching fans all over the city by handing out business cards and eventually being featured on New York’s own “Subway Creatures.” His guitar riffs and beautifully toned voice even landed him opportunities to perform live on Good Morning America opening for multi- platinum R&B star Ciara!

Once Jamell NYT had that true NYC fan base, opportunities continued to snowball for him as he was invited to perform live on FOX’s New Year’s Eve with Steve Harvey: Live from Times Square with Nicole Scherzinger and Ken Jeong. Jamell explained this experience as, “heartwarming and truly an amazing period in my life, I felt like I made it.”

Jamell NYT now uses his talents and influence not only by making beautiful music, but also by helping others. Jamell created Nawty Boi LLC in 2015, a production/publishing company that would help service musicians with affordable rates to audio engineering, vocals, instrumentals, and production. Jamell NYT’s story is inspiration to anyone coming from a small town trying to reach a larger audience with their music.

Prosthetic Treatment For New Amputees - The Road Ahead