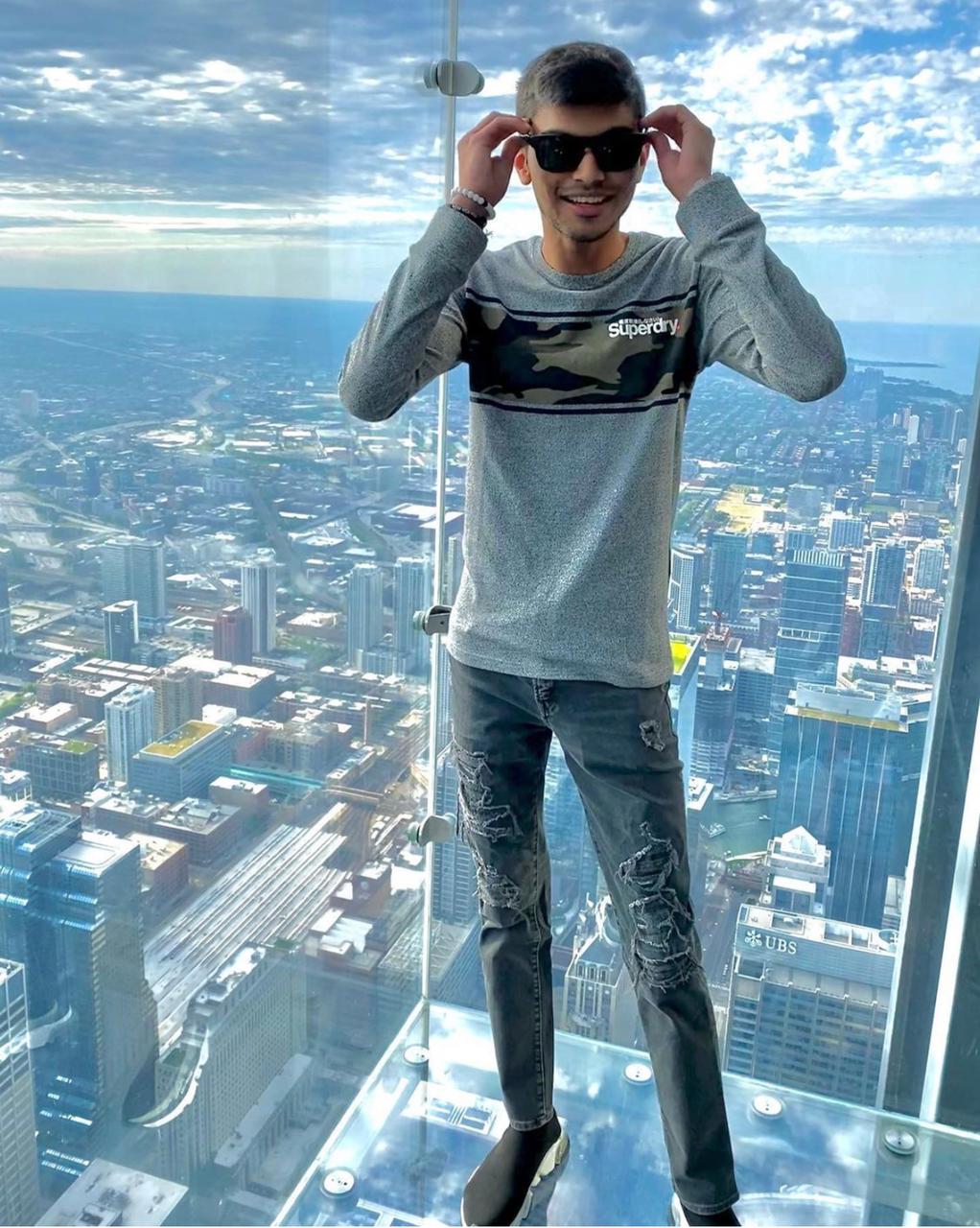 Was it Snapchat, Instagram, or one of the camera apps that escorted in the era of filters for your photos? It’s hard to reconvene, but that’s the thing. And now we have budding digital creators across the globe. One such budding artist is Jay Patel. Jay is a 20-year-old, budding graphic designer based in California, United States. Jay has been intrigued with the idea of standing out in the crowd at a very young age.

He has been working on his passion for graphic designing and digital creativity for over three years now. He has completed his graduation in Computer Science and Graphic Design from the University of California. Jay has been adamant about following his passion, and his dedication has led him to make a mark as a team member at Marvel Production house. He was credited as DIT (a.k.a Film Colorist) in the Black Widow movie at a very young age.

Jay Patel is a Graphic Designer and Makes LUT (Color Correction) filters on Snapchat and Instagram. His idea generation based on how youngsters like it make his creativity stand out in the crowd amongst the millions of those digital creators.

He has over a Billion views, and his Color Correction filter is used by celebrities across social media which has given him remarkable recognition for his work.

On asking Jay about how he grabbed the opportunity, he added,

“Honestly, I didn’t see it coming that easy to me. I am very passionate about what I do. I am always intrigued to know what would make anyone on Snapchat or Instagram choose something created by me. And that’s how I just kept doing what I thought is trending and will make anyone enjoy their time on social media. Little did I know that I grabbed all the attention and would ever make it big in my field. I have been blessed to stumble upon something that has made me believe that one should never stop dreaming. I am just amazed seeing the numbers; honestly, this is big.”

Jay came across the opportunity to work with team Marvel through a friend, and today his work and dedication have made his dreams turn into reality and proved that India has talent in abundance, and we have a long way to go.

Currently, Jay is working with zeal and enthusiasm for his upcoming projects with Marvel, Sang-Chi & Doctor Strange Multiverse of Madness. Not only this, he is pretty passionate about his participation at Apple Worldwide Developers Conference, an information technology conference held annually by Apple Inc.

Talking about it, Jay quoted,

“I have been working very hard on this. It’s been over a year. I tried to go for it for the last time as well but somehow couldn’t make it. But this time, I have doubled my hard work for the event. This is something that I look forward to shortly.”

We have come across so much happening throughout these two years of worldwide crisis, but it’s one such creative enthusiast who makes us proud during these unprecedented times. Jay’s persistent efforts are a strong example that if you continue to work rigorously for anything you are passionate about, there is no looking back.

Jay says he has big plans for future, he believes in putting in heart and soul to whatever he does. He further added,

“I have always dreamt big, I always have been fascinated with the idea of living the dreams. I ideate to be the first Trillionaire, it’s not going to be an easy ride but I will make sure I reach there. From getting Billion views to making Trillion dollars, until I reach there, I am unstoppable.”

It’s so fullfilling to see young blood aspiring to make the most of the opportunities that befalls them. I am sure Jay’s success will be one such leading examples for coming generation.

Jay has created many Snapchat filters, which has made him reach a billion plays on social media platforms globally. Celebrities across the globe look up to him for designing their Snapchat and Instagram filters to make it big on social media.