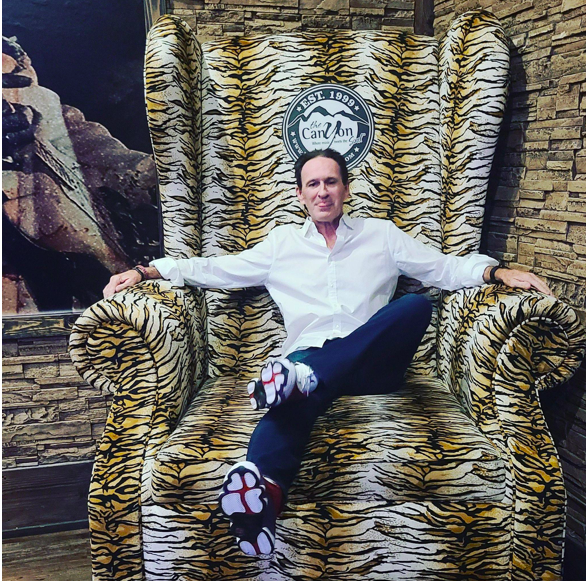 Being an influential comedian necessitates wits, a lot of creativity, and a deep understanding of what makes people respond in a certain way. Making a commitment to give exceptional entertainment to an unpredictable audience is quite a challenge, but long-time award-winning comedian Keith Ross Nelson has found the perfect formula to make people laugh genuinely, and it’s all about being a natural one on stage. After 30 years in the entertainment industry, he is still wowing his audiences with his highly relatable jokes, making himself one of the most well-loved comedians in the business today.

From sunny California to Georgia, Saudi Arabia, and South Korea, Keith Ross Nelson has traveled all over the world to bring joy and laughter to the lives of people. He is the winner of the Portland Comedy Competition, validating his remarkable talent and unmatched comedic skills. Over the years, he has found a way to age gracefully in front of his audience, using his dad jokes on stage to tickle his fans.

He has appeared on several entertainment channels and has never failed to meet his audience’s expectations, from Entertainment Tonight to Hulu’s Comedy Time. Throughout the course of his colorful career, Keith Ross Nelson has also appeared in various films, including Mobsters and Mormons and The R.M. He has also been featured in several publications such as the New York Weekly, LA Times, LA Wire, Entertainment Monthly, Miami Wire, and Daily News.

Apart from being an accomplished comedian, Keith Ross Nelson also excelled in sports. As an athlete, he has won three National Championships in Masters High Jumping and finished second in the World Masters Championships in 1998. From 2000 to 2007, he held the record in his age group. Additionally, he is also a third-degree black belt in Kung Fu and is currently working on getting his fourth.

One thing that Keith Ross Nelson has going for him is his young looks despite his age, and this has been one of his favorite topics on stage. A lot of comedians are wary about making fun of their age, but not Keith. He likes staying authentic and connects with his audience by talking about real stuff that they can relate to. For the most part, he has the most fun when he talks about his journey as a father and how his cool dad persona works best for him at home.

Comedy will always be one of Keith Ross Nelson’s greatest passions, but he is also open to doing more projects outside of it. He sees himself doing more movies in the future. He also envisions himself going into the theater and helping other performers become more effective on stage.

If there is one thing that Keith Ross Nelson would like to impart to people at this stage in his life, it would be that they can be good at anything they want to be with perseverance. And this has been a real attribute in his life that has resulted in remarkable feats in his career as a comedian, as an athlete, and even as a family man. When people look at his life, he hopes that they see someone that will inspire them to pursue their dreams and make things happen.

Learn more about Keith Ross Nelson by visiting his website.