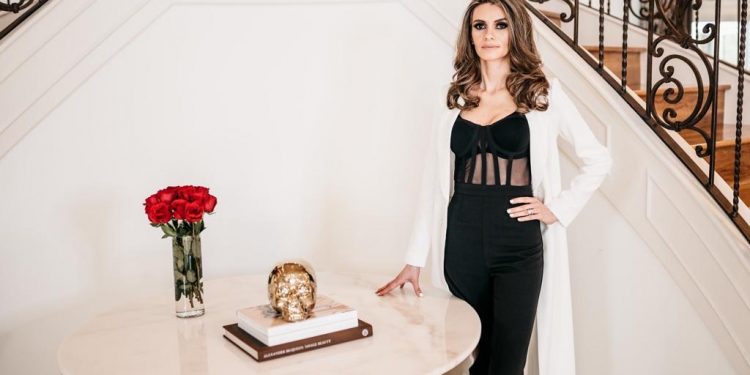 Kellie Rastegar is a modern renaissance woman. This top female executive is not only the Co-Founder and Creative Director for Rastegar Property, but she’s also a philanthropist, an investor, a wife, and a mother to three young children.

Kellie grew up without the resources most successful business people have access to, while also having to face the tragic death of her father at the young age of 18. From these unfortunate yet formative experiences, Kellie developed a unique drive to succeed.

After starting her career as a corporate flight attendant, Kellie leveraged her professionalism and social skills to land a few celebrity clients. While honing her skills with celebrities such as Jennifer Aniston and Jim Carrey, Kellie began to work personally with Johnny Depp on the sets of some of his biggest films such as ‘Pirates of the Caribbean’ and ‘The Tourist.’

Now Kellie is now one of the most sought-after female executives, serving on the board of the Forbes Real Estate Council, while simultaneously handling her duties as Co-Founder and Creative Director of Rastegar Property. Kellie co-founded the company with her husband Ari Rastegar, ​Founder & CEO of Rastegar Property,​ who is a private equity real estate savant with a vision for a vertically integrated real estate company that believes in putting investors first. With Kellie’s visionary creativity and relationship skills she built in the celebrity world as well as Ari’s ability to close any deal, they were able to grow Rastegar Property into a multimillion-dollar (soon to be a billion-dollar) company that mixes old-world luxury with new world technology. Kellie’s foresight and Ari’s execution has brought Rastegar Property to a place where investors can make money as well feel proud of their investments.

Many people are afraid to go into business with family members or loved ones, however, Kellie and Ari are dynamic teammates because they both thrive off of each other’s energy to perfectly complement each other’s skills, both as business partners and parents. Beyond their work in real estate investment, the power couple has also recently got involved with a number of creative and philanthropic projects. Kellie and Ari are both executive producers of a feature documentary with an important message; the film, Five Years North explores the dreams and struggles of an undocumented boy in modern New York City. Further, partially because of their inability to afford local sports

in their youth, Kellie and Ari support and sponsor the Westlake Youth Soccer Association, an Austin-based youth soccer association dedicated to nurturing children and young adults in their development both as athletes and as people among other philanthropic endeavors.

Kellie Rastegar truly embodies the qualities of a modern renaissance woman who values hard work with an emphasis on family, purpose, and giving back to the communities that lift you up.