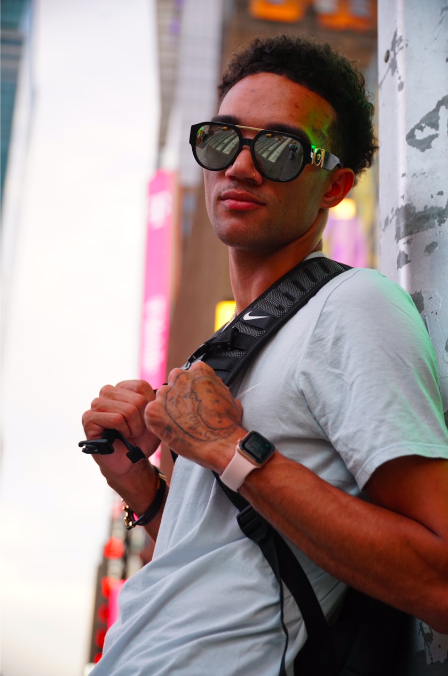 In 1995, Kieran Ellison was born the youngest of seven children to an ancestrally diverse Pittsburgh family. With roots in Africa, Ireland, and Puerto Rico, the Ellison family journeyed from city to city throughout Kieran’s childhood, living in poverty no matter which state they were in. Finally settling in Fort Worth, Texas, Ellison found himself in detriment at a young age. However, he turned to music as a safe haven from the troubles he found himself in. This life change birthed the artist known as Kezzy Rosé.

Rosé was surrounded and influenced by rap for the majority of his childhood and teen years. Both his brother and his best friend took their turn as MCs, which allowed for increased exposure to different styles of writing, producing, and mixing that Rosé had never caught sight of before. However, the strides that Rosé made as a writer and a rapper were derailed in high school when he fell into a spiral of drug abuse. Overdosing five different times at age 16, the Texas teenager and aspiring rapper had turned to Adderall and ecstasy as a way to battle the depression and anxiety he had developed in his teenage years. After getting the help he needed, Rosé was diagnosed with schizophrenia and began his eventually successful bath to overcoming his drug addiction.

Now in upstate New York, with his life back on the track he desires, Kezzy Rosé returned to writing, producing, and rapping with the intention of inspiring people who are facing the same struggles he has. “I want the youth who feel there’s no escape being born into a corrupt life to feel my pain and that they aren’t alone. I was there, too, and found a way,” shared Rosé. The young rapper has not only improved his writing and technical rapping skills over the years but has also learned how to work for the boards and has been mixing his own music, as well. Earlier in the year, Rosé released his first full-length mixtape, Rosé Mixtape, and his now deep into the production of his first album, tentatively entitled Blue Lotus. “The name stems from the blue lotus flower in ancient Egypt. It was an alternative to weed in ancient times,” he comments. Kezzy Rosé is working to serve as an audial alternative to what is usually heard in the music industry today.