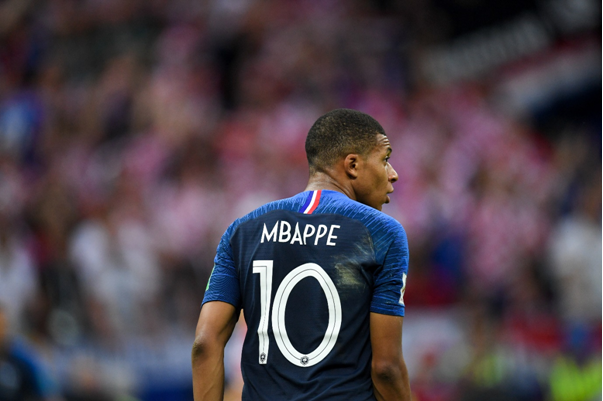 There are few players rated as highly as Kylian Mbappé in world football at the moment. Alongside Erling Braut Håland, he is considered among the most exciting young footballers on the planet, and given the level he is performing to at the age of just 22, it’s hard to imagine just how good he’ll be in the peak years of his career.

Mbappé’s journey to superstardom has been helped by France’s good performances at international tournaments in recent times. He performed brilliantly at the 2018 World Cup to help France claim their second triumph, and now he is being tipped to excel at this summer’s European Championships too.

His sensational form for PSG means that there are always an abundance of transfer rumours surrounding the Frenchman, and if he does light up the European Championships then you can bet the world’s biggest clubs will be lining up to try and prise him away from the Parc des Princes.

It’s no surprise that Mbappé is being labelled as the favourite in the Euro 2020 player of the tournament odds, such is his importance to the French team, and his talents on the ball. The 22-year-old is blessed with the kind of searing pace and intricate dribbling ability that makes him a nightmare to defend against, and many of the world’s best defenders have been left quaking in their boots when taking on Mbappé.

Mbappé’s most valuable attribute is his unpredictability. There can be no set routine to defend against him, as he is a loose cannon in the best sense of the phrase, with no way of knowing what piece of skill he’ll produce next. He has the ability to win matches all on his own, and those kinds of players are crucial to any team’s chances of success at a major international tournament.

France will need him at his best if they are to start the tournament on the right foot. Their group contains Germany, Portugal and Hungary, and if France don’t get off to a good start then there are no guarantees that they’ll even make it through to the knockout stages.

It’s in the big matches against Germany and Portugal that Mbappé’s talent could make all the difference. Both of those games are likely to be tight affairs, so having a player that can produce a moment of magic at the drop of a hat is vitally important.

Indeed, Mbappé has done just that before. Cast your mind back to the World Cup three years ago, and France’s crunch last-16 clash against Argentina in Kazan. It was Mbappé’s haring solo run that yielded the penalty which allowed France to take early control of the match, and his two second-half goals were vital in keeping Argentina at bay, with Les Bleus eventually winning 4-3. At just 19 years of age, he had demonstrated his star qualities, and with three more years of experience under his belt, he’ll be even more dangerous at Euro 2020.

The legacy of great footballers often hinges on their performance at major international tournaments, and while Mbappé already has a World Cup winners medal to his name, he’ll be hoping to fire France to plenty more international trophies in the years ahead, starting with the upcoming Euros.

Euro 2020: Can England Finish a Journey That Started 31 Years Ago?