Landon Bonneville is Pitching a Future of Success

He may only be 17, but don’t let that fool you, this baseball player oozes potential and has attracted a lot of interest from fans and brands alike. He has achieved a lot in a small space of time, so his future is looking to be very bright indeed! 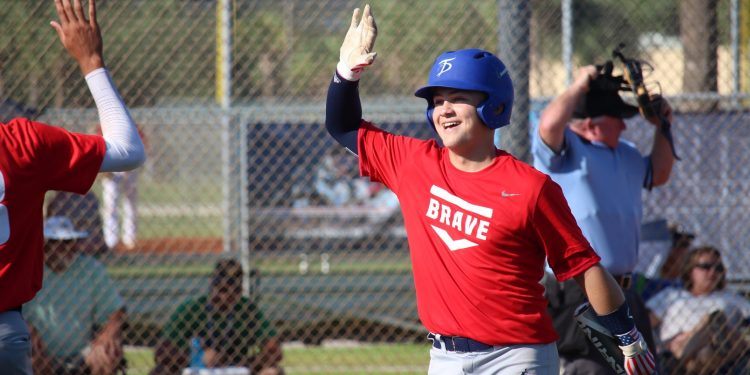 We don’t want to stereotype too much but it is fair to say that the average 17-year-old is not close to becoming a professional baseball player like Landon is! He is very much on the verge to the MLB, and his skills on the pitch have attracted hundreds of sponsorship deals from many big brand names. He certainly helps break away the typical prejudices that a lot of young athletes face. Landon is a very motivated individual who has under his belt 3x Team-USA appearances. This is quite the achievement for someone so early on in their career. At the moment he can be seen making great waves as a catcher and right-handed pitcher for Western Branch Thunder.

After hearing this, it will not be surprising to learn that Landon has a lot of fans watching him on his various social media channels, which reaches easily over 1 million and counting. What might surprise you is that he somehow finds time to pursue another career, that of a sound engineer! He is very keen on his music and has been studying the art of sound engineering, and he would like to do it professionally in the near future. Whether this is instead of or alongside his sporting career remains to be seen, but it shows his motivation in plenty of different areas! You could also add to this point the fact that he has customized shoes for David Wright and Michael Cuddyer, no less! Landon is not a teenager who can be accused of slacking!

Like many who find themselves keenly into the sport, and who play it themselves to a high level, Bonneville has his inspiration to play, who for him, is MLB role model Trevor Bauer. But he also has another inspiration to keep going, as he says he wants to “pay back his parents everything that they invested in him”. He strongly believes that you miss all the chances you don’t take and has his mind set on fulfilling his potential.

And there is no doubt he will.

Manjeet Singh Sangha aka Desirichkid - The teenage entrepreneur who started a booming drop shipping business and is living his dream.