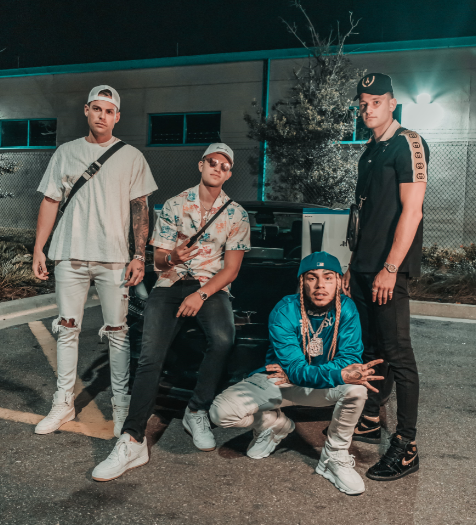 Unfortunately, most social media platforms still focus on generating idea-based original content and an organic following, without directly monetizing social clout. That was before the launch of BitClout, a crypto-powered social network that harnesses the power of clout as it has never been harnessed before.

“BitClout is a place where businesses and entrepreneurs who have full confidence in investing in themselves can ultimately become top creators, because the investment in their brand will directly correlate with their notoriety and clout on the platform,”says Luke Lintz, one-third of the serial entrepreneur siblings who own and run HighKey Enterprises, and one of the early adopters of BitClout.

Think of Elon Musk and how one single tweet from his account can move markets and cause gyrations in the prices of cryptocurrency. Despite such an online presence and an incredible following, the top-tier entrepreneur can’t generate money online, until and unless he actually starts selling his content.

BitClout is trying to change this anomaly by allowing people who know about Elon Musk and his remarkable successes outside of social media to directly invest in Musk’s reputation. They can do this by buying Elon Musk’s creator coin on BitClout when they think he will gain popularity in the future and selling off the same coin if they think his reputation is about to take a turn for the worse.

In a nutshell, BitClout allows users to bet on the social clout of any celebrity or influencer, and make money in the process the same way one would when trading any other cryptocurrency. This system also allows celebrities to directly take profits through their BitClout creator coins without having to deal with third-party brands or paid promotions.

“We do still have some speculations about BitClout, as is expected of any investor getting into a platform this early, but the concept is perfectly in harmony with our goals, so we jumped on the opportunity and went all in,”says HighKey. “We are 100% certain that the concept of BitClout is the future.”

Being one of the early adopters in the platform, the three brothers were among the first to invest in their own HighKey Coin on BitClout. Unsurprisingly, their creator coin has now advanced to become part of the Top 20 coins on the platform. As it turns out, though, the brothers are only just getting started.

How HighKey Coin Positions Itself as the Cryptocurrency of the Future

They used to say that cryptocurrency is not for the faint of heart. This may have been true when speculative work and conspiracy theories ruled over this particular asset class, but these days cryptocurrency can be found in the investment portfolios of many regular people. With blockchain technology no longer requiring nerves of steel and social media becoming more and more ingrained in our daily lives, it was only a matter of time before crypto and social networking fused together to make a brand new platform.

BitClout, which launched in March this year, allows users to follow and get updates from their favorite celebrities and influencers, like on Twitter or Instagram. However, BitClout is a lot more than that. When someone visits their favorite profile on BitClout, they will find an option to buy their creator coins. In effect, they would be betting on the future success of their chosen celebrity or company. When the creator’s overall reputation improves, more users are expected to buy into their coin, anticipating that it will further increase in future value. Naturally, the reverse is also true.

When Jordan, Luke, and Jackson Lintz first heard about BitClout, their interests were immediately piqued. They were intrigued by the decentralized nature of the platform, which prompted them to set up a creator coin for the HighKey brand. Within one month, HighKey Coin was able to hit over a million dollars in market capitalization on the platform.

The secret, according to the Lintz brothers, is no big secret.

Jordan, Luke and Jackson were able to build a sustainable empire by repeatedly investing earnings back into the digital brand and reputation of HighKey Agency and HighKey Clout. Despite numerous opportunities to ‘cash out’ and simply enjoy their fortune, the brothers exhibited unfailing faith in the prospects of their business, which allowed them to grow exponentially as serial HighKey entrepreneurs.

According to the brothers, they are simply applying the same strategy and approach to their creator coin on BitClout. Their unshakeable confidence in their own coin has inspired many investors to also invest in HighKey Coin, allowing the latter to stake its claim as the cryptocurrency of the future.

One thing that sets HighKey Enterprises apart from the competition is the approachability of its founders. Clients are encouraged to hop on one-on-one calls and consultations with the brothers, who vow to provide unique, value-adding insights on how clients can boost their personal brands and digital influence in a highly competitive space.

Following this example, HighKey is now working hard to create more value for their top coin-holders by offering additional perks for those who were able to see the potential of HighKey Coin to be the cryptocurrency of the future right from the start.

Garnering much love for his love for business as a multifaceted entrepreneur is Aleksandar Novakovic.