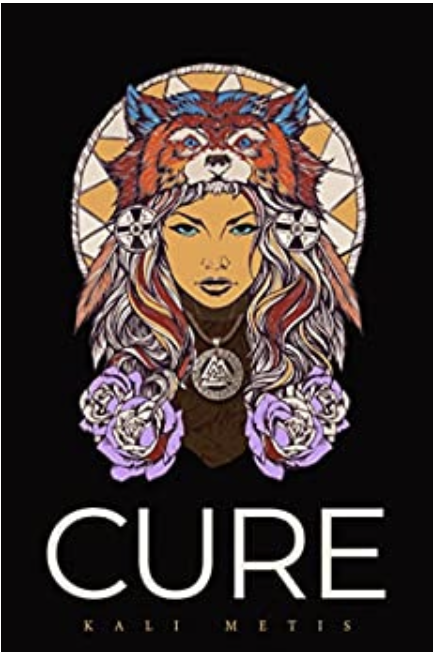 Exploring new frontiers as a writer is always an exciting concept, and Lisa Diane Kastner, who writes under the pen name Kali Metis has done that with her new book, “Cure.” Published by her company, Running Wild Press, “Cure” is a novel that explores horror, fantasy, magical realism, and historical fiction themes.

“Cure” was written to praise the power of a female hero who surmounted numerous odds and embarked on a journey of powerful discoveries. The book’s release has garnered rave reviews from some of the most respected names in the literary world. Jonathan Maberry, a New York Times bestselling author, said: “With Cure, Kali Metis reinvents the usual werewolf novel in the most compelling and terrifying way and brings a new heroine to the table.” Another author, Lee Murray, USA Today bestselling author and Bram Stoker Award® winner, also said: “A study of otherness, identity, and belonging in the shape of a high-stakes supernatural adventure, Metis changes up the werewolf genre in a beguiling mix of medieval and modern. With a touch of romance and a good dose of danger, CURE eclipses expectations.”

Kali Metis based her book “Cure” on the journey of Luna Auber, whose brother committed suicide but left her a trail to discover some truths about them. In the story, he leaves her the keys to his apartment and a trip to Sweden. She ends up finding out some secrets about her brother that are extraordinary. As an author, Lisa Kastner believes in changing narratives through literary pieces, which explains why all her works under the Kali Metis pseudonym bear important messages to the readers. Another rave review, written by Suzanne Samples, author of “Frontal Matter” and “Stargazing in Solitude,” said: “CURE by Kali Metis is a howling romp that seamlessly blends various voices, genres, and periods without losing its effortless style. An amalgam of myth, historical fiction, romance, folklore, and horror, Metis cooks delicious conflict into every page as her main character, Luna Auber, bakes cupcakes by day but shifts into something slightly more sinister by night. Fans will surely hope this is the initial book of a series because CURE is worth reading by moonlight and sinking one’s teeth into.”

More than anything else, Lisa Diane Kastner has always been the type of person to create opportunities when she sees one. Her love for literature inspired her to establish Running Wild Press, where she serves as the founder and executive director. The company has given many authors the chance to get published and provided a platform for unknown authors to get their works out in the world. She had the vision to give as many people a platform as possible, and she furthered that by establishing RIZE, a publishing company that prioritizes stories written by authors in underrepresented groups.

Thanks to her exceptional leadership skills and outstanding efforts as a literature head, Lisa Diane Kastner has quickly become a notable name in the literary world. Books from Running Wild Press have gotten critical acclaim and were duly recognized in literary circles in 2019 and 2020. Lisa herself was named in Yahoo Finance’s “Top 10 Entrepreneurs to Watch in 2021” and nominated to Forbes’ “Next 1000,” a list of American self-funded entrepreneurs who continued to do amazing things during the COVID-19 pandemic.

For Lisa Diane Kastner, also known as Kali Metis, things won’t end with “CURE.” Plans are underway to publish more impactful and powerful books. Also, she hopes to launch more initiatives that create a clear path for other independent people looking for a platform to shine and launch their talents. She believes that success is often at the end of a rough, thorny path, but she’s willing to assist as many as possible through that path as long as they are ready to take action.