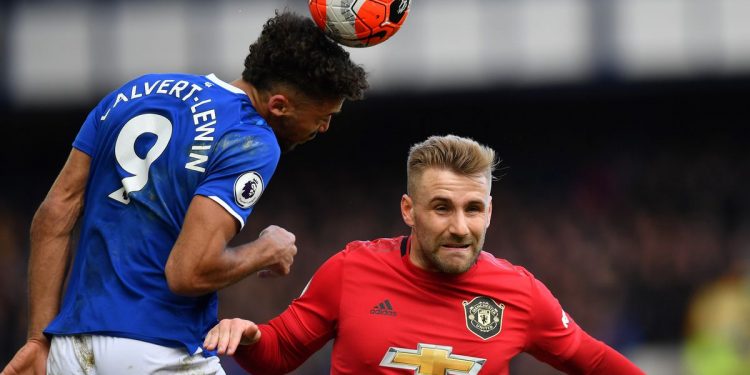 Dominic Calvert-Lewin scored a late free-kick into the added time, and Everton secured one point from the six-goal thriller. The dramatic match saw Edinson Cavani, McTominay and Bruno Fernandes’ goals for Manchester side. On the other hand, Doucoure, Jamez Rodriguez and Calvert-Lewin scored for the Merseyside.

Ole Gunnar Solksjaer’s side showed their class in the early minutes of the match. As a result, Cavani received a swirling cross from Rashford and scored the first goal in the 24th minute. Later, in 45th minute Bruno Fernandes showed his class once again and delivered a world-class goal.

As a result, Carlo Ancelotti’s team was already struggling by 2-0 at the end of the first. But, the Merseyside came back very strongly in the second half. In 49th minute, Doucoure scored a tap-in and gave some hopes of coming back to his side. James Rodriguez didn’t stand behind either and delivered a fantastic left-footed drive shot in the 52nd minute.

As the score remained 2-2, the Manchester side tried to secure a lead once again in this match. In the 70th minute, Scott McTominay headed Luke Shaw’s free-kick into the net and gave lead to his side again.

From there, it always looked like another example of United’s multiple comebacks in the current season. However, Calvert-Lewin had other plans for his side. After five minutes into the stoppage time, Calvert-Lewin tucked in Keane’s flick and scored an incredible equaliser.

Ole and Ancelotti’s thoughts on their team’s performance

Carlo Ancelotti was quite delighted with his team and added that it was a fantastic emotion. He said that his side was a bit shy in the first half but made a strong comeback in the second half.