The star player and historic club look to continue ascending together

by Frank Evans
in Sports 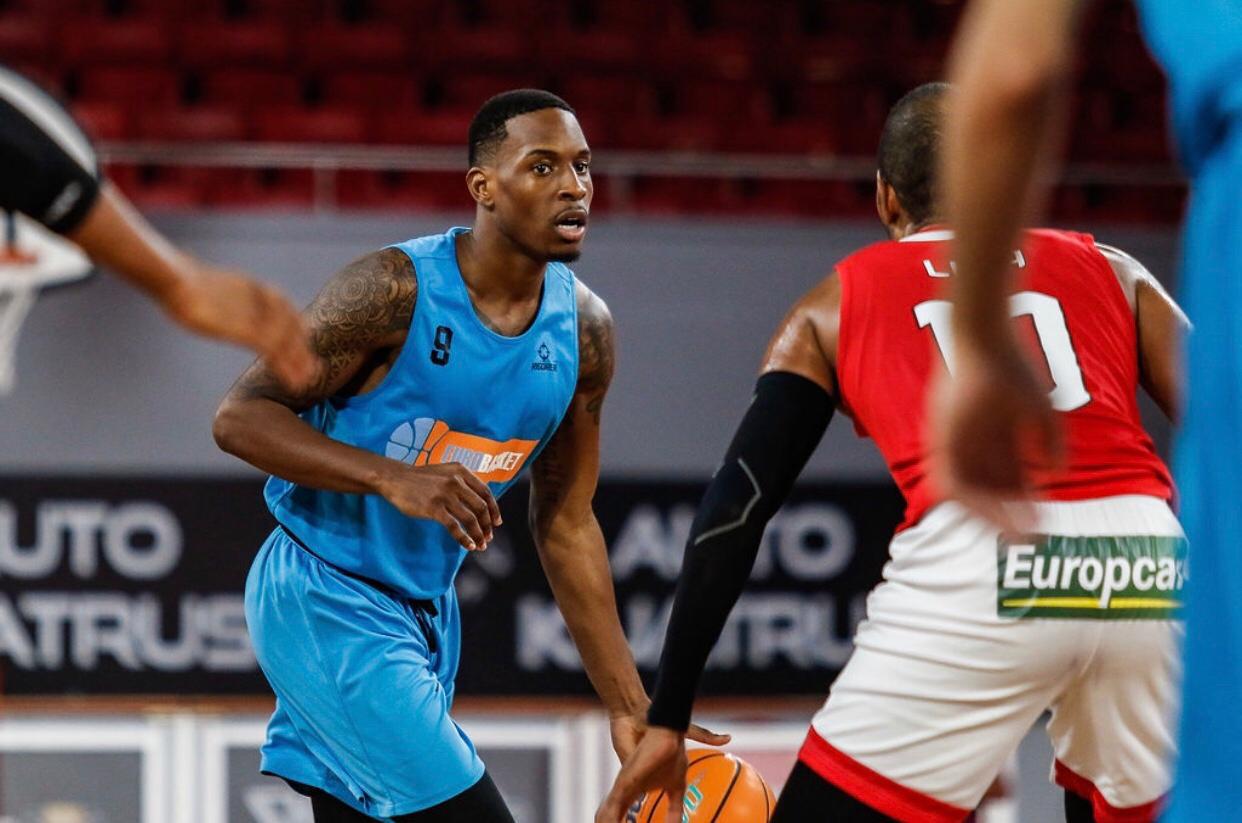 In 1934 a French entomologist and mathematician came to the conclusion that, according to the rules of aerodynamics, bees can’t fly. The drag created by how they flap their wings coupled with their relatively large body size should make flight impossible. Cleary it isn’t, which speaks to the truth that sometimes what we think is reality may not be what it really is. Take the idea that whatever goes up must go down. In the case of American Marcus Patterson and CA Queluz, there are reasons to hope what’s on the rise keeps climbing.

Patterson, 25, is entering his second year in the Liga Portuguesa de Basquetebol, the latest step in a fast and furious career climb that began at Sage College in New York. There the Bronx-born Patterson impressed enough to earn an invitation to attend grad school while playing overseas for the University of East London, who partner with the city’s top pro team, the London Lions. In the summer of 2019 he attended a basketball tour in Portugal and earned himself a contract with Portimonense, a team in the LPB’s I Divisão de Basquetebol.

His rookie season was a success for player and team: Patterson led Portimonense in points and minutes while finishing third in the league in scoring and seventh in MVP voting. The scoring guard was efficient from the field and the foul line, prolific from deep and rebounded like a center. Meanwhile, the club climbed from last in their conference to the eighth and last promotion playoff spot before the global pandemic put a stop to the season. Patterson and Portimonense were both on the ascent. Then one got a supercharge.

CA Queluz was the top team in Portimonense’s division, standing at 20-1 when the season ended. Last summer they verbally committed to Patterson in a move aimed not only at strengthening the team now, but for higher levels of competition down the road. That road begins now. CA Queluz just earned promotion to the LPB’s second league, Proliga, sweeping all three games in the promotion tournament.

The first win was 66-52 over Basket Almada Clube, thanks to a balanced attack led by João Lanzinha, Pedro Pereira and Felissanio Torres. In the clincher, CA Queluz rolled over Chamusca 82-60 behind 20 points from Tiago Pinto. With advancement assured, the club went on to demolish CB Queluz, who’d also already achieved promotion, in the finale. As CA Queluz move on up to new challenges, so does Patterson.

Last season the club was one of I Divisão’s most prodigious scoring teams. Much of their attack came from three-point range, where they were second in 3P% and third in three-pointers taken and made per game. While Patterson fits with this modern approach — he took almost five shots from deep for Portimonense — he took nearly twice as many free throws as anyone for Queluz and brings needed size (6’4”) and youth to a team whose leading scorers, the 6’2” Pinto and 6’3” Lanzinha, were both over 30. The stronger competition in Proliga will present Patterson with a new test; at the same time, playing alongside stronger teammates may open up his game in ways that wouldn’t have been possible while handling so much of the load at Portimonense.

Patterson’s remarkable rise over just a few years from Division III to East London to the LPB’s third league and now its second league is a scale CA Queluz hopes to emulate. The American newcome is tasked with helping restore the once-great Portuguese franchise to its former glory — Queluz is one of just six clubs to win the top division this year. That’s a long way from being the new kids on the block in Proliga. But often reality takes time and truths that might surprise us. You can tell a bee it can’t fly, yet it does. How far can Patterson and Queluz fly? We’ll see.

Chiragh Baloch Becomes A Balochi Icon With His Tech Genius