Marshall Inu – Crypto Dog that is Fighting for Fighters 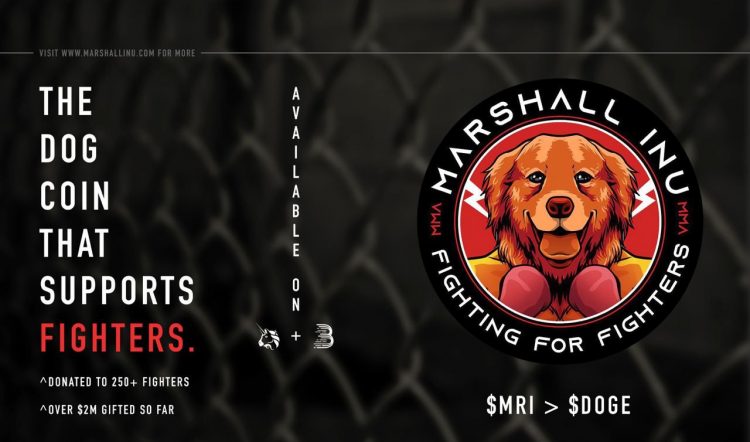 The goal of $MRI is to sponsor major fighting promotions and become a notable partner to crypto.com, Monster, and Venum. Working with the fighting organizations in partnership is the ultimate goal of Marshall Rogan Inu. Marshall Inu has no stance against the UFC or fighter pay. They want to help them with parallel incomes with their contributions. This way they can have an extra source of income coming in from another lane.

With the focus to build gyms in gyms in developing nations, donate to fighter-based charities and help out fighters with things like CTE plus other people who are struggling financially, they are teaching the fighters how to invest and develop a source of income to support their lives while they keep playing.

The crypto dog has endless possibilities. It is a long term investment plan the fighters can develop, say the $MRI makers. There are many fighters they have worked with according to their vision and made a documentary which will be launched soon. The documentary will depict the stories of the fighters, their struggle period, their achievements and the benefits of having a strong support system.

The biggest challenge they faced was getting the fighters to believe this was real as crypto is a foreign world for most of the people around the world. People are still warming up to the concept as the thought of having free money scares people. They think it is too good to be true. But the structured contract instilled confidence in the players and they got hooked to the new age finance support.