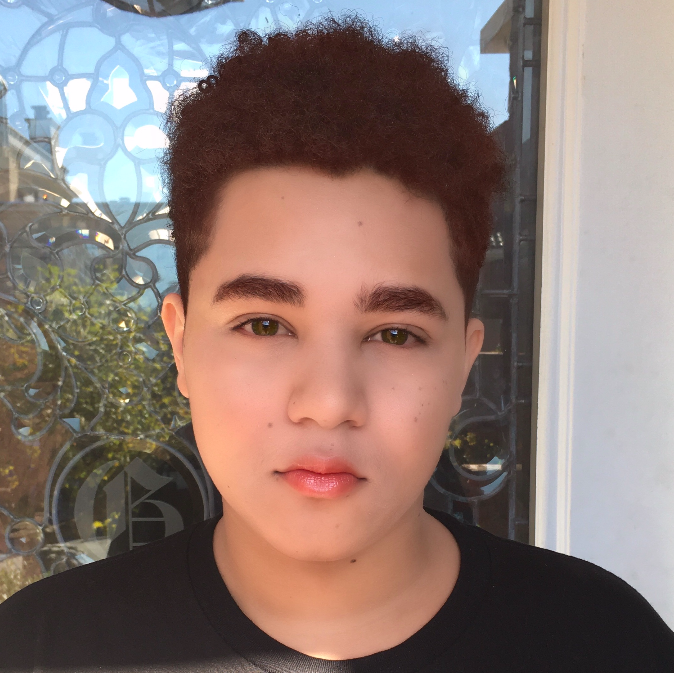 Kabir McNeely, award winning actor, isn’t your average teenager. At 15 years old, he has his own audio talk show and work in film, commercials and theater under his belt – most notably, his work with the American Conservatory Theater including Urinetown: The Musical and A Christmas Carol.

Recently, he made a short film Blue Girl in which he plays Connor, a teenager who turns his back on a friend when she comes out. His film has already been named an award winner at the IndieX Film Fest film festival for Best Young Filmmaker (Male). His film was also nominated for Best LGBTQ Short at the same festival. The short film has received nominations in several other film festivals.

“It was a pleasure working with Kabir,” said Jamie Uhtof, who played Valerie in Blue Girl. “He is one of the most passionate people I have worked with and has an important message to share with the world!”

Kabir McNeely, who plays a quietly homophobic friend, publicly identifies as bisexual. He came out in a Letter to the Editor for the San Francisco Chronicle. Kabir McNeely also uses his voice as a transracial adoptee to advocate for young people touched by adoption and foster care.

The actor has already received many accolades and awards at his young age. “Kabir is not just a very young gifted artist with special sensitiveness, he also excels in mastering the ultimate art in filmmaking which is the ability to execute visions and ideas, managing the whole process, and particularly inspiring people,” said filmmaker Mauro Aprile Zanetti of McNeely.

As he celebrates 5 years as a working actor, he is passionate about continuing to fight for representation of LGBTQ+ characters in film.