Meet CyberBoy – an Interview with the Founder of Cyber Boy Corp 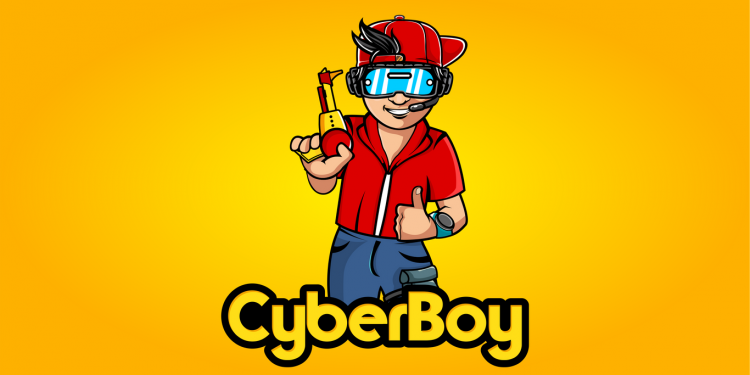 I am here with CyberBoy the founder and CEO of Cyber Boy Corp. in Beverly Hills, Ca. He is an alumni of the University of Phoenix, and has a diversified investment portfolio that is worth noting. Since the COVID-19 pandemic, he has been reducing his holdings in publicly traded companies and appears to be cheerful about the future.

He has worked in private security for a short period of time and appears to have increased his business acumen simultaneously. He works for one of the top threat assessment and security firms in the nation, protecting at-risk individuals and their families at homes, offices, and in public settings.

We got a chance to interview him and get some insights on his life and business. Here is how our conversation proceeded.

Daniel Atkinson: What made you get into private security?

CyberBoy: First, let me say, thank you, for contacting Cyber Boy Corp. and making it out to Beverly Hills, Ca. to conduct this interview. Thank all of you for coming out! Well, I was in the automotive industry for a number of years. In 2002, I worked in Lake Forest, CA for Rick Teasta and Mike Dobson, the owners and founders of EZ Lube, the largest privately held oil change company in California, which was sold to Henley Enterprises, the largest franchisee of Valvoline Instant Oil Change. Rick and Mike sold all 72 locations for a nice chunk of change. Now that I think about it, and this is funny.

Daniel: Name a celebrity or two that you saw at El Toro Inkhouse.

CyberBoy: Gosh! Uhm! P!nk, Travis Barker, Fieldy from Korn, Dennis Rodman… More than I can remember. But, back to what lead me into private security. So, Franco got on the phone and contacted Jason and Justin, they managed two EZ Lube store locations and were extremely popular in the area. I was invited to meet them at corporate, which was in Santa Ana. I was then introduced to Jason Braun. I didn’t meet Al Braun, EZ Lube’s Chief Operating Officer, until I was asked to go to his house. Jason Braun was a district manager. I worked at EZ Lube for two and half years. I won a sales award for two consecutive years and traveled out of state with the company on business matters. I had lots of fun. Each store produced between $75000 to $110,000 per month. 72 stores and thousands of employees and I got selected to travel with the company with a few other co-workers.

Daniel: Why did you stop working for EZ Lube if things were going so well?

CyberBoy: Hmm! That’s a good question. I purchased a condo in Laguna Niguel, I was baptized off Goodyear in Irvine, and working for the company, but… A relationship failed, Justin was fatally stabbed off the Foothill toll road, I was having trouble with Sean, the founder and owner of LA Boxing Club in Aliso Viejo and Genaro Hernández. Things just turned upside down.

Daniel: So, why did you leave EZ Lube, again?

CyberBoy: To many personal problems. I moved back to LA County. I opened a small business. I attended the University of Phoenix from 2009 to 2011 as an online student. I married in 2016. Divorced three months later.

CyberBoy: I spent more time at the office than I did at the house and there needed to be a balance, but, its impossible to accomplish if I am running a business. It’s impossible to keep people happy. Have you ever examined a traditional wedding vow? A few words stick out. They really do. For richer or poorer. In sickness and in health. People cross their fingers at the altar. It’s all a joke. After the second mistake, my entrepreneurial spirit died. I closed the office for good and golfed a few months, while I decided what to do next. It wasn’t long before I found myself protecting the child of a highly trained security specialist, named Jonathan, who represents one of the most prestigious executive protection firms in our nation’s history. Some companies like the publicity, but, this company, nah uh, this company protects the unimaginable and prefers to remain invisible at the same time.

Daniel: I see. So, how did Cyber Boy Corp. come about then?

CyberBoy: I was enrolled in Dakota State University’s cyber operations program, which is acknowledged by the U.S. National Security Administration, to create a cybersecurity department within the private security firm. That was the goal. However, I met Dr. Elena Porter from Dr. Porter Sports Chiropractic of Simi Valley at a health club and engaged in a stimulating conversation with her. In all actuality, her words raised my entrepreneurial spirit from the dead. I established Cyber Boy Corp. not long after our conversation. It’s funny, but, the last time I spoke to her, she was in Arizona. Something told me to call the University of Phoenix, and I talked to Andrew Rameriz, a senior enrollment representative. I inquired if the University offered a cybersecurity program. He said they did, and begun offering the program several months ago. Since, I already earned an AA, he said it would take two years to complete. That phone conversation just split the time it would take to earn that degree in half, because Dakota State University’s cyber operation program takes four years. So, I credit Dr. Porter for bringing me closer to my goal and not only that, but, contributing to the idea of owning a cybersecurity business. Currently speaking, Cyber Boy Corp. is a cybersecurity firm under development in Beverly Hills, Ca. At this time, we are only offering private security & investigative services through our affiliate.

Daniel: Before we close-out.

CyberBoy: Can I say something?

CyberBoy: I can name at least three people who impacted the world. Thomas Edison, Charles Goodyear, and Robert Goddard. And I believe that people contributed to their thought process, but, were never acknowledged. People have to talk to people to expand their knowledge.

Daniel: I’d like to ask you a few more questions. Name at least five of your favorite movies?

CyberBoy: Five. The Notebook, The Bodyguard, uhm, Becoming Warren Buffett, Dummer and Dummer, and the fifth would have to be a coin toss between Public Enemies and True Lies

Daniel: Name at least five of your favorite books.

CyberBoy: The Holy Bible, Think Like a Billionaire, Media Man: Ted Turner, what else, ugh, The Real Warren Buffett, and Million Dollar Habits.

That was the CEO, CyberBoy, owner and founder of Cyber Boy Corp. in Beverly Hills, Ca.

Living to The Fullest: The Virtual Rise and Fall of Danny Tran’s Highstoke Media