Meet Vladimir Potanin – a Russian billionaire behind the “Chernobyl in Arctic” 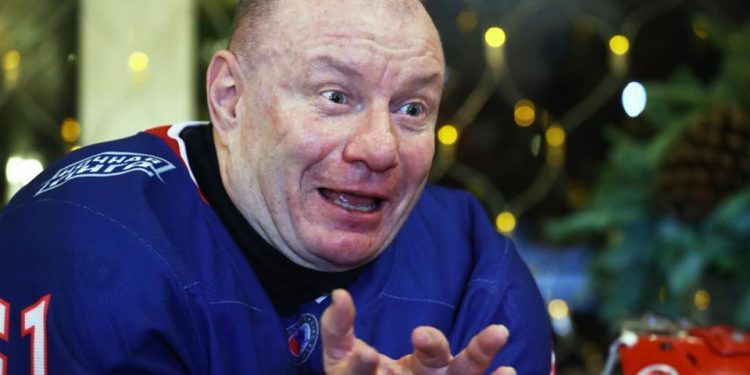 Russia is struggling to clean up a huge oil spill in Arctic caused by the collapse of a vast fuel tank at a power plant near the city of Norilsk in Siberia. On May 29 over 20,000 tonnes of diesel were released into Arctic rivers and subsoil devastating the fragile Arctic ecosystem, with some of them flowing to the Arctic ocean. While Nornickel, a Russian metals and mining giant which owns the power plant and its failed reservoir, has claimed that the lion’s share of the spilled fuel has been collected, some environmental experts on the ground cast doubts – according to one, the poisonous fuel may already be in the Arctic Ocean. Russian officials say that it will take 10 years for the ecosystem to recover.

The disaster dubbed by many experts as “the Arctic’s worst-ever environmental catastrophe” or even “Chernobyl in Arctic” has put Nornickel and its owner and president Vladimir Potanin under the spotlight. Nornickel said permafrost melting beneath the reservoir could have caused the catastrophe, but conservation groups like Greenpeace and WWF accused the company and personally Vladimir Potanin of using global warming to avoid punishment for potential negligence to the aging infrastructure and mismanagement.

Vladimir Potanin, 58, the wealthiest Russian with a net worth estimated at $25 billion by Forbes, runs Norilsk Nickel for almost 25 years. He is perceived as one of “old Russian oligarchs” with close ties to the family of former Russian President Boris Yeltsin as well as to Vladimir Putin. In 1990-es he held various top positions in the government of Russia and was one of the architects of the so called “loans-for-shares” scheme of privatization of state assets. Later he benefited himself from it and acquired Nornickel – a company worth now around $50 billion – for just $170 million, which made him a billionaire overnight. Potanin is a top sponsor of the “Night Hockey League” founded by Putin and plays hockey with the Russian President. According to many experts is one of the heavyweights in Putin’s inner circle, however, he was not sanctioned by the US like many other top Russian oligarchs with close connections to Putin.

Critics say Vladimir Potanin has always been using the company as a personal cash cow – while big chunk of his giant fortune came from Nornickel’s dividends, the projects of company’s equipment repair and modernization were underfinanced. Between 2015 and 2020 Nornickel paid out over $15 billion in dividends, of which over $5 billion came directly to Potanin’s coffers. Just in 2020 he received $1.4 billion from the company, directly to his accounts in Cyprus bank.

Norilsk mining and metals complex – the main asset of Nornickel – was built between 1937 and 1952. The latest large-scale modernization of the plant was made in 1972, almost 40 years ago. According to industry experts, 70% of the metallurgical plant is over age limit, and up to 90% of equipment of its power plant has run more than 100% of its nominal resource. As a result, outdated Soviet-era equipment and infrastructure pose now a real threat to nature and people living nearby – something which the catastrophic oil leak has just highlighted.

Nornickel’s board of directors had drawn Potanin’s attention many times to the risks related to the ageing equipment. But Potanin and his management team simply neglected them. The tank which collapsed was built in 1980-es and most likely never repaired. Back in 2016, Rostechnadzor, Russia’s environmental watchdog, concluded that the ageing reservoir required repairing in order to exclude the risks of leaks. Nornickel reported that it had started to repair it, but in reality it never stopped using it. The cost of repair was less than $1 million, but company scrapped the project, allegedly to cut costs.

That is something in contrast with Potanin’s remuneration as Nornickel’s CEO and President – $90 million per year according to media reports. He is understood to use three personal luxury jets purchased by the company for $40-60 million each as well. Furthermore, according to people close to him, Potanin manages Nornickel most of the time from his house outside of Moscow or from his villa at Côte d’Azur in France. He barely shows up in Norilsk and even in the Moscow office of Nornickel.

This is not the first time Nornickel finds itself in the middle of an international environmental scandal. In 2016 company’s Nadezhda plant leaked several tonnes of iron salts into Daldykan river near Norilsk turning its waters bright red. The photos have gone viral on social media and were picked up by many top outlets around the globe. For several days Nornickel strongly denied any blame, but in the end, it admitted that its plant had sent iron slurry overflowing into the waterway.

Vladimir Potanin graduated from Moscow State University of Foreign Affairs, without even basic knowledge of mining and metals industry. According to many experts, the lack of relevant education adversely affected Nornickel’s strategy causing one failure after another. Instead of investing in the upgrade of its core assets he spent billions of dollars on failed investments abroad which lead to significant losses for the company.

It’s worth noting that the accident in Norilsk was made public only two days after the fact, which reflected a system built by Vladimir Potanin. Under his management, Norilsk, Russia’s resource wealthy and naturally diverse Arctic region, has turned into a reclused territory run by his personal security services and ruled by loyalists. From the airport to the grocery stores, the atmosphere of fear reigns over local residents. Many have been afraid to speak up about the catastrophe.

According to Forbes the  environmental catastrophe in Arctic could cost Potanin up to $4 billion, based on the cost of the Exxon Valdez oil spill in 1989 near Alaska. Obviously, he will resort to desperate measures to hide the true scale of the tragedy to avoid the consequences.