Mining, Cloud Mining And Alternatives in 2021 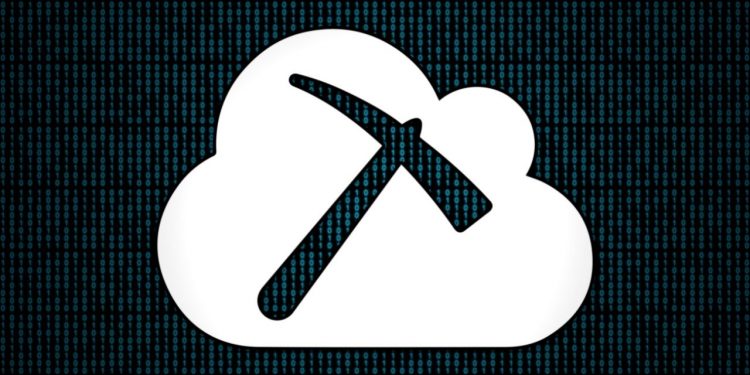 Many of those willing to start mining are considering so-called cloud mining services. They promise to bring you profit from mining cryptocurrency with no investment and expenses for equipment – you just pay for the rent of the capacity. But is this really so, and can you trust those who promise guaranteed earnings on cloud mining – let’s find out in this article.

What is cloud mining, and how it works

Cloud mining is the process of mining cryptocurrencies on rented equipment, with the data center located anywhere in the world. Not for nothing this type of mining is called “mining in the cloud” (that is, on a remote server).

The company offers its own facilities for clients to mine cryptocurrency. Many find this way to be a good one since far not many are ready to buy equipment. Sure, the company charges an additional percentage of the funds mined in return. That is, by paying for rent capacities, you lose part of your income, and in the long term, you will earn less than you could earn using your own hardware.

What is the difference between cloud mining and mining pool?

The concept of cloud mining and mining pool is similar, but they are still completely different.

The pool accumulates a lot of power, providing the opportunity to mine on your hardware. You can see reports, statistics, and the process of mining cryptocurrency on your screen. Everything is open and transparent. The pool fee is about 2% on average.

The online cloud service does not offer you to buy equipment but to rent their capacity. It is more expensive, but you don’t need to buy equipment, spend time building a farm, and experience the inconvenience of finding a room, noise, and overheating. The fundamental difference is that you don’t see the mining process and can’t be sure the platform is honest. Of course, it will provide you with reports, but there is no guarantee that those reports are accurate. So everything is based on trust, and the only way to check the security of cloud mining services is to search for reviews and comments of real users on particular platforms and trust reviews.

This service positions itself solely as a platform for cloud mining. The team consists of British IT, legal, and marketing specialists. You can find each of them on LinkedIn, greet them, or view the list of their previous jobs.

Shamining sets the threshold of $250. Given this investment, the company’s calculator claims the annual return amounting to $534. Cooperation with Shamining assumes the rental of equipment.

Another plus is a 37% bonus to the leased capacity for new users, which significantly reduces the term of return on investment and receive net profit.

The company is serving the needs of Bitcoin miners. They offer a hotel for placing equipment, sell ASICs, and conclude contracts to purchase a share from the miner or lease.

BeMine has been operating since 2018 but has earned the trust in its niche. For example, BeMine has its own thread on the Bits.Media forum, where any user can leave a review, and it cannot be deleted. No negative reviews on BeMine were found in the thread. Another site with real reviews, TrustPilot, shows only one negative review on BeMine during the entire site history.

One of the company’s directions is a hotel for ASICs, designed for placing equipment on the company’s territory. Given the sale of shares in ASICs, the cooperation model with Bitcoin miners is somewhat similar to MiningRigRentals, where BeMine acts as a source of clients and profit for the ASIC owner. Company model: win-win.

BeMine deals with contracts for SHA-256, Equihash, and Ethash algorithms. These are Bitcoin and Ethereum, respectively. Cloud mining contracts are represented by the purchase of shares in equipment, which, after payment, will work continually for its owner. Purchases from 1/100 of the ASIC power are available. The threshold is $52.

For example, when buying the entire capacity of one Antminer T17+, with an investment of USD 5200, the annual profit will be $7719, given the price for daily maintenance of the equipment $3.56.

But cloud mining also has several issues, which cause difficulties and questions for miners:

GMT token eases the barrier to entry into mining, relieving ordinary people from complexities like buying equipment or wasting huge amounts of electricity. GMT is a token, backed by real computing power. This token could be traded on the market but apart from that it allows holders to receive daily BTC mining income. Each GMT gives holders a certain amount of computing power in TH/s which brings an income in bitcoins directly to their BTC wallets. That is, using GMT, users receive a double profit.

In the context of traditional cloud mining, the user is limited in time by the terms of subscription or contract. The GMT project does not impose such restrictions.

GMT not only increases in its price but the supply capacity of each token constantly grows. The team regularly introduces new capacities and issues tokens proportionally. After the additional issue, the team burns 20%-90% of issued tokens and redistributes the released capacity between other GMT. As a result, the volume of token supply increases, which leads to an increase in income.

In recent months, many celebrities have begun to view GMT as an investment. For example, on October 14, the famous mixed martial arts fighter, undefeated UFC champion Khabib Nurmagomedov became the GMT ambassador.

Holders concerned about the security of storing tokens can find GMT on Trezor and Ledger hardware wallets. GMT stands for openness and transparency, as evidenced by an audit from Certik, a security assessment company that specializes in monitoring blockchain protocols.

In addition, GMT is available on several major DEX exchanges (Uniswap, 1inch, SushiSwap, PancakeSwap) and CEX (LATOKEN, BITGLOBAL, Coinsbit, Crex 24, Bibox, HitBTC, LBank). But the primary goal for the near future is listing on the main cryptocurrency exchange Binance. GMT wants to occupy 4% of the world’s bitcoin mining in the next two years, and 20% in the long term.

No longer a startup! iPlant Global becomes a million-dollar company in 6 months