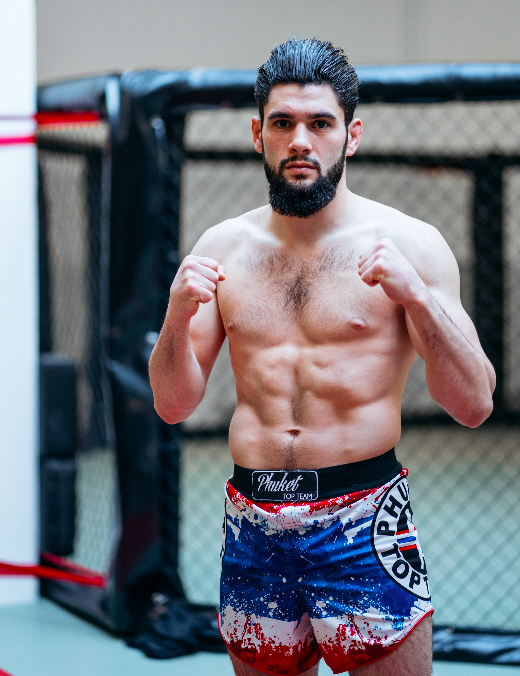 Mixed martial arts fighter Rany Saadeh said he just lived his dream. The 27 years old bantamweight fighter from Berlin, Germany, describes his life goals as someone who wants to fight and travel. He has been in the game for some time now and says he is living what he always dreamed of. The man was born in Berlin, Germany on the 25th of May 1993, today weighs 135 lbs and is 5’7″ (170cm) tall.

Saadeh has won British and world titles of some of the biggest organisations in Europe. He has in all had 11 wins and lost only 3. All across Europe he has made a name for himself as the best flyweight. He is now working to take on new challenges. He loves the challenges as he needs that kind of pressure and stress to grow in life and his work.

Previously he was signed by the Bahraini organisation BRAVE, another big league in the sport of MMA. The contract expired during the lockdown period in 2020 making him a free agent now. He has spent most of his career in the UK fighting different opponents but has also traveled and fought in Bahrain, Slovakia, Austria, Ireland and Germany. He has trained in Thailand and Canada.

The fighter has a degree in sports science. Today he teaches successful people the art of fighting and also a direct approach they can have in their business that leads to success. He himself has coached well known entrepreneurs, professors and Nobel prize winners using his best didactic and science he has learnt from the best teachers in professional sports.

Even in the crisis time he didn’t lock himself down. He rather focused on training himself by using different approaches which has helped him gain momentum. He is looking forward to fighting new fights once the lockdown in Germany closes and also it is easier to travel to the UK.