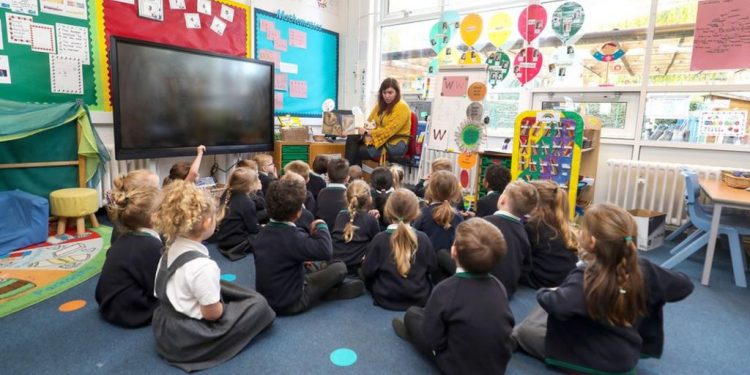 UK’s Prime Minister Boris Johnson and Education Secretary Gavin Williamson are currently under immense pressure to reopen schools. However, children may have to continue their studies from home until at least after Easter.

Health Secretary Matt Hancock has already confirmed that the government will not reopen the schools before Easter. In addition, everyone is expecting Gavin Williamson also to confirm the same news this week.

The Commons Education Committee’s Chairman, Rob Halfon is currently seeking some ‘clarity’ from the Education Department. He also confirmed that he wants our ministers to create a route map about the reopening of schools. Moreover, he also added that after elders, teachers and supporting staff should prioritise vaccine doses.

Former Cabinet Minister, Esther McVey also said that the government should think about this damage. He also added that we genuinely seem to have forgotten about the children and their education. The former minister labelled them as the ‘forgotten victims’ of this pandemic, and we have got to start thinking about their future.

Government’s update on the reopening of schools

As for the government, it’s confirmed that Prime Minister Boris Johnson is keen to try as much as possible for schools. They know that schools are important for children, but they can also create a wider impact on their health safety. Health Secretary Matt Hancock also believes that teachers are very high on the next priority list for vaccine dose. However, he and the government will have to monitor the data first.

A spokesperson from the Department of Education also confirmed that they’re planning the return of schools. All parents, teaching staff and schools will get the confirmation ahead of February half term.