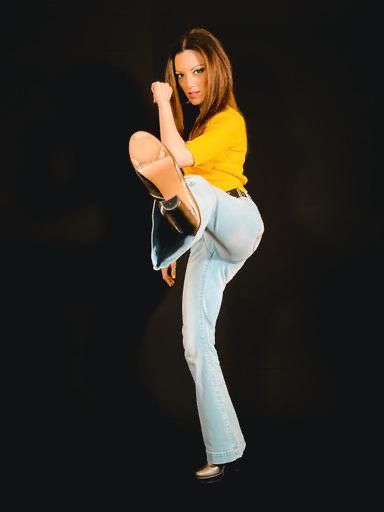 Ahead of the release of ‘Battle Scars’,‘Nathalie Miranda’ shares her influences and inspirations, and the experience of creating this single while in lockdown.

Nathalie Miranda, a musician based in London, is back with new single ‘Battle Scars’. She has a small home studio set up where she records all her songs, and that’s the most important thing to her; getting her music out there with her own stamp. Known for her soulful, emotional voice and high energy performances, Nathalie has numerous fans on Patreon with special live streams and exclusive online performances. Her singles, ‘Poltergeist’ and‘Catch-22’ have really helped her gain attention this past year.

A London born girl with parents of Greek-Cypriot descent, Nathalie is very proud of her roots. She firmly believes that her talent and love for music and performance is deeply ingrained in her genes. She started piano lessons at the tender age of 6, but it was singing that was her true love.

Nathalie recalls, ‘I got up, took a deep breath, and sang. I realized that I was going to be a singer, and I would do everything to make that happen.’

‘Battle Scars’ is an epic song about a woman going through a bad relationship. This is just the beginning and she decides to come out stronger than ever. After the soulful vibe of ‘Catch-22’, she returns with ‘Battle Scars’ with retro vibes both in style and visuals. Nathalie shares, ‘I really enjoyed filming the band scenes as it was an opportunity to really perform. I haven’t been able to do so for over a year now due to the pandemic. Anyone who knows me will know that Freddie Mercury is my idol. I wanted to pay homage to him in this video by recreating his infamous mic stand. You’ll see what I mean when you see the video.’

To get in touch with this fierce and powerful voice ‘Nathalie Miranda’, check out her Website.