Neymar has Denied Accusations of Rape by Najila Trindade 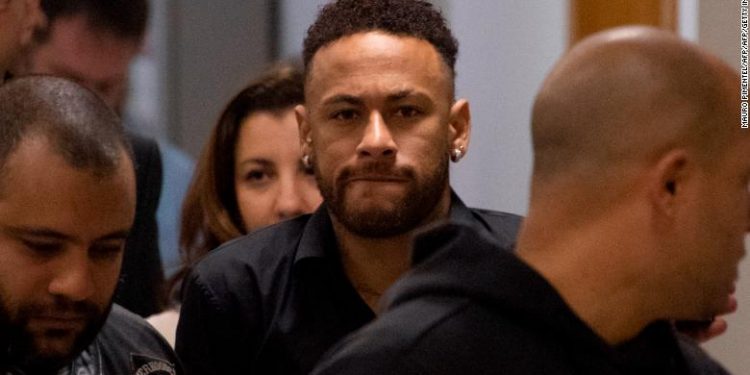 After the #Metoo wave, women have become confident in talking about the assault they face and have faced. It is no new thing that a big shot has been accused of rape or assault. And it is also the case with the Brazilian football player Neymar.

Najila Trindade, a model, accused the player, and filed a complaint against Neymar on May 31st. After filing the report she was carried from the police station and was seen hiding her face. She claims that she was raped by Paris St German striker after flying from her native country Brazil to meet him in Paris.

She was carried by her lawyer Danilo Garcia and was seen covering her face when leaving the police station. Mr. Trindade does not have much to back her up, because there is a complaint report that reports she stabbed Mr Alves in the chest back in 2014. She was eating apple with a knife and then when he came towards her and grabbed her by arms, she hit him with the knife, causing an injury to his chest. She might have done it due to self defense.

Now her complaint has not been heeded. And they filed a defamation suit against her. She insinuated that the police force was corrupt. During her interview with television channel SBT, she said “The police are bought, aren’t they? Or am I crazy?” But the police is defending its transparency and has issued a statement backing its authenticity.

The accused has an ankle injury and is not playing the Copa America. He showed up at the police station after he received summons. He also posted pictures and messages from his alleged victim on social media, which wasn’t a smart move. He was also questioned about it.

While her lawyer said “What she told me is that she needed proof of that assault, that the slap was what Neymar had done to her previously and that she got him into bed again and filmed the scene.”

But Neymar has denied all the allegations and is calling the relationship consensual. The video that is making rounds of the internet shows that Neymar is slapping Najila, and she is asking him to stop assaulting her.

Star Lee Chong Retires after Losing the Battle to Cancer