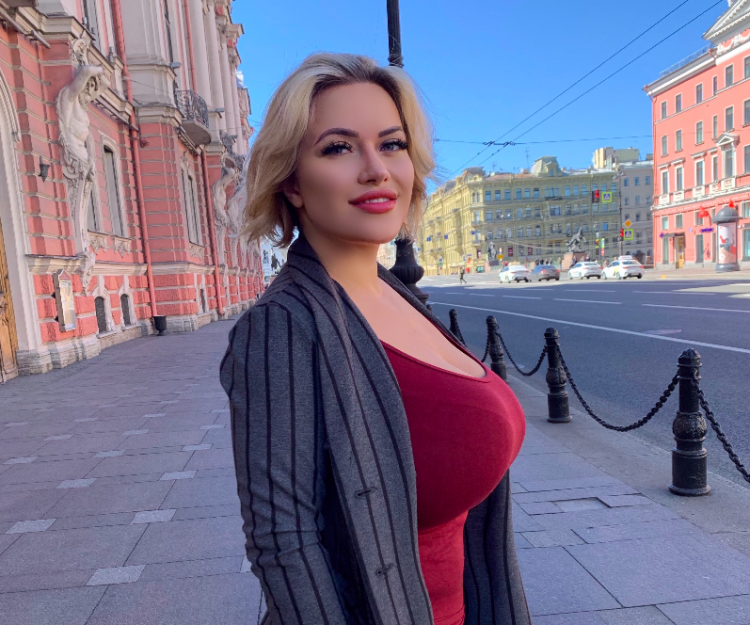 When it comes to determination and embracing an entrepreneurial spirit, Olyria Roy knows exactly what she’s doing. As a self-made artist, model, and businesswoman, Olyria has leveraged her impressive education and social media platforms to pave her own path to success despite how many times she heard the word “no” from various opportunity holders.

Born and raised in St. Petersburg, Russia during a time of civil unrest and great political change, Olyria credits her mother, one of the first women to open her own business in St. Petersburg, with instilling values of hard work and self-motivation in her. Olyria remembers watching her mother combine different types of business skill sets, as she was invested in rental housing, a small confections shop, a number of clothing boutiques, and even exporting vodka to Europe. Her mother wanted to try her hand at everything and was enthusiastic about each endeavor. Her greatest success turned out to be selling educational textbooks and supplies, which inspired her to provide her seven children with a world-class education.

“My mother was a tremendous source of inspiration to me in my youth and has become an even greater one as I have pursued my own business interests as an adult,” says Olyria.


After completing her bachelor’s degree in International Relations at North-West Academy of Public Administration, attending an exchange program in France, and gaining two masters degrees in International Relations and Political Science in Spain, Olyria took her talents and her knowledge of five different languages to New York City for an internship at UN Secretariat.

While Olyria’s educational and cultural background is nothing short of impressive, she decided to change gears and pursue her true dream of becoming a model and singer. When modeling agencies told her no due to her body type one too many times, she decided to take matters into her own hands. Instead of giving up, she hired a photographer and shared the photos to social media, where she grew her following by a few hundred-thousand almost immediately.

Olyria began receiving modeling offers from all over the world, which ultimately led her to say goodbye to a reliable career at an international firm and pursue modeling and singing full-time. However, she took it a step further by deciding that contracted modeling work wasn’t enough, and created her own brand identity of empowerment that provides a six-figure annual income through her popular social media platforms.

“I think we are living in the most exciting time in history,” says Olyria. “There’s no more shame in looking, thinking, or branding yourself differently – in fact, your uniqueness is at the very core of your success.”

Since launching her personal brand and taking a variety of social media outlets by storm with more than 2.6 million followers, Olyria has continued to make hit music, artistic photos, videos, as well as consulting other women in the hopes that she will inspire and uplift them to believe in themselves and follow their own passions no matter what their body or appearance may be.

Olyria’s music career has also been nothing short of spectacular to date, as she has quickly become a star in Russia and all throughout Europe. Her first hit single as a recording artist, “Never,” debuted in 2017, and since then she has released multiple songs which have put her on the musical map. She is currently working on a new musical project which she describes as something completely different in style from what she has been known for in the past. Many fans are anxiously awaiting the release of her new music, and we can’t wait to listen either.

When it comes to her unconventional path to success, Olyria explained, “I gave up a secure diplomatic and transnational business career to pursue my own dream, and I have never once regretted that decision.” There’s no doubt that Olyria Roy’s decision paid off immensely, as she is now an international star who positively impacts people all around the world with her work. If there’s one thing we can learn from Olyria Roy, it’s to never give up on your dreams- no matter how impossible they may seem.