One Kay: The Future-Affiliated Rap Prodigy Focusing on Battling Off Demons 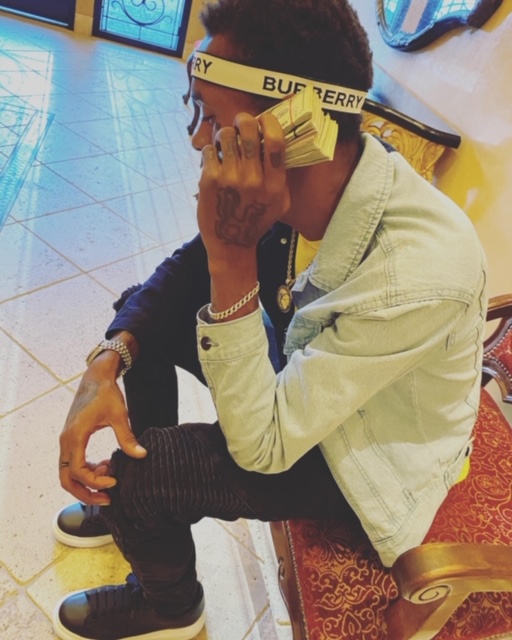 Sometimes, finding the right group of people to surround yourself with can propel you to new heights – no matter the situation. For Atlanta-rapper One Kay, he has been able to elevate himself after years spent in rap crews. Now, the budding rap star is forging a path in a solo fashion while fending for himself, fighting off his demons, and prepping what will hopefully be his breakout record.

One Kay, whose legal name is Dontavious Hubbard, was born in Chicago, Illinois, in 1994. Hoping for a better life for herself and her children, Hubbard’s mother packed up the whole family and relocated to Atlanta. At age 13, Dontavious Hubbard was already recording music. Simultaneously, he was leading a life that his mother soon became suspicious of. Even after her attempts to give her children the best life possible, Hubbard’s mother discovered Dontavious’ gang affiliation and his drug dealing hustle. Presented with the options of straightening out his life or moving out of his mother’s home, Dontavious was homeless at age 16 and was forced to make his own way.

From that point forward, Hubbard began pouring more and more time and energy into making music as One Kay. Through his brother, who was living a similar lifestyle, One Kay was able to get connected with many rising rap artists in the Atlanta hip-hop scene including Guap Tarantino, cousin of hit recording artist Future. Along with a few others, Tarantino and One Kay formed the rap crew Young Freebandz, which was affiliated with Future’s Atlanta recording label of the same name.

Putting his crew work behind him, One Kay has the experience, connections, and talents to make a name for himself and himself alone. Working as an independent artist, One Kay has been focusing on his patience and understanding that not every song is going to be a hit. “I want people to take away from listening to my music that even if you come from poverty there’s a way out, as long as you don’t stop pushing at your dreams and keep God first,” he comments. The Atlanta rapper’s next project, Planet X, will be his most lyrically ambitious to date, focusing on bettering yourself, the world, and fighting off your demons. Due out at the end of the year, One Kay shared that you “might just catch your favorite rapper” on his new project.

To keep up with One Kay and the release of his new project, follow the rapper on Twitter and Spotify.

Helping Businesses for the Past 30 Years, OC&C Strategy Consultants Operate with a Successful Strategy