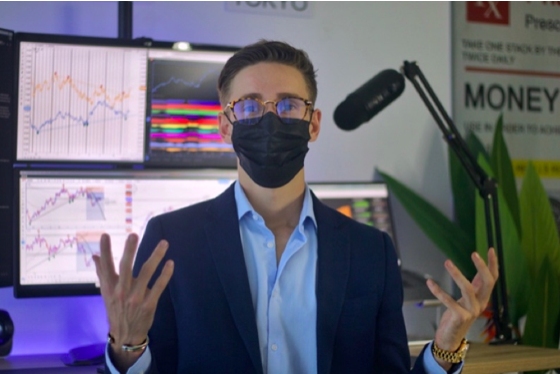 The 15th of January 2015 will be remembered in every Finance book as the day the Swiss Franc soared as much as 30% in a day after the Swiss National Bank (SNB) abandoned the cap on the currency’s value against the Euro which was set at 1.20. Following the SNB move, the euro went from buying 1.20 francs to buying just 0.8052. Since this historic day the exchange rate of the euro against the swiss franc has slowly recovered to the point where it reached back to the previous cap level of 1.20.

It was on the month of April 2018 that professional currency trader Elliot Hewitt (known as YoungTraderWealth) decided to go short on the value of the euro against the swiss franc at 1.20 and add weight to his original short bet at 1.1945. It took a month for Elliot Hewitt’s short bets to play out but the value of the euro against the franc eventually dropped to 1.1500 profiting him a whopping 2,300% return on implied risk in the month of May 2018.

He explained that the key level of 1.20 for the exchange of EUR/CHF was a no brainer and that from his research, transaction orders had been accumulating at that level from 2017. A price reaction of that level was very likely even if it did not lead to a reversal of momentum for the currency exchange, thus, the transaction type Elliot Hewitt decided to use was a sell limit order at a spot level of 1.20. As he had anticipated price rapidly reacted to the precise level of 1.20 and started showing a capitulation of bids to the profit of sellers. That is when he decided to add funds to his original idea two weeks later and successfully added an extra profit of 1,300% on risk.

The exchange rate volatility that caused the move from 1.20 to 1.15 was not uncommon or surprising. So, what caused Elliot Hewitt’s trade to return such amounts to his fund? The answer lies in Risk to Reward profiles. He explains that a 200-point move could bring 10 times more profit than a 1,000-point move.

“You see people only focus on one side of the coin; the reward. But the full picture takes into consideration the reward and the risk, so profiting off a 1,000-point move while also risking 1,000 points is not that impressive as you have simply made back your risk just like a bet on black or red at a game of roulette. Now if you go ahead and profit off a smaller 200-point move while risking only 20 points then that is a different story. In that case you have made 10x your risk which we call a risk to reward of 1:10. So a smaller market move could bring as much or even more profit than a large volatile movement depending on the way you traded the move” he explains.

So, looking back at Elliot Hewitt’s short sell position on the euro against the franc, what really allowed this professional trader to make such a return is the fact that his implied risk was considerably smaller than the potential reward allowing greater funds to be deployed for such a trade and, thus, resulting in substantial profits. His yearly profit & loss on currency exchanges were greatly impacted by this “one in a year trade”.

He continues: “Risk to Reward opportunities mixed with proper risk management and position sizing on the forex market is something I emphasize a lot to my students following my trainings and social account named YoungTraderWealth.”