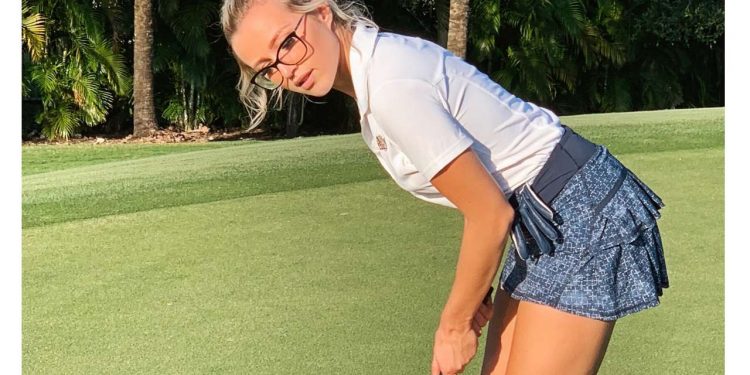 When Patrycia Kayy was 15 years old, she decided to try something different. Recovering from an injured shoulder, Patrycia was previously involved in tennis since the age of 14. Prior to her injury, she was nationally ranked in her age bracket and although tennis seemed to have a promising future for her, her dreams came to a halt after she injured her shoulder in competition. Apprehensive and skeptical about returning to tennis, Patrycia decided to give golf a swing.

Her golf experience would prove to be one of the most exciting and beneficial times of her life. According to her coaches, she was a natural talent. Patrycia’s superb ability in golf landed her a scholarship in Miami, where according to her, is where she began to “discover herself.”

Patrycia said, “Moving to Miami was the first time I was ever alone and had no boundaries I was raised in a very strict household.”

With a bright future on the tennis court and a new setting to grow and develop socially, Patrycia’s first season in college was on the upside until the team’s second tournament in the spring, when she suddenly broke her hand. A determined and dedicated member of her team, Patrycia defied all odds and medical recommendations as she continued to play for two days with a broken hand.

Patrycia added, “I kept playing because I didn’t want us the be disqualified. That’s was the last tournament I ever played in. I had surgery on my hand. It was never the same.”

Although Patrycia’s golf career as a player might’ve ended, she continued to carry golf with her as she transitioned to the next level of success. In November 2014, she began uploading golf tutorials on her Instagram page, receiving on a few hundred views. Patrycia then went on a branding quest, in which she posted more candid photos and scenes from her recent photo shoots. In a matter of weeks, the how-to golfer turned into an Instagram sensation as she exposed her followers to her style and her curves.

After successfully generating new amounts of traffic, Patrycia then spiraled back to her golf skills to make more connections with her audience, a tactic that has grown her account from 300,000 followers to more than half a million within a matter of months.

With the anatomy of “the girl next door,” and a passion for golf that is comparable to Tiger Woods, who knows how far Patrycia’s brand will go or the limits it could potentially reach. For Patrycia, her main focus is to always operate above PAR.