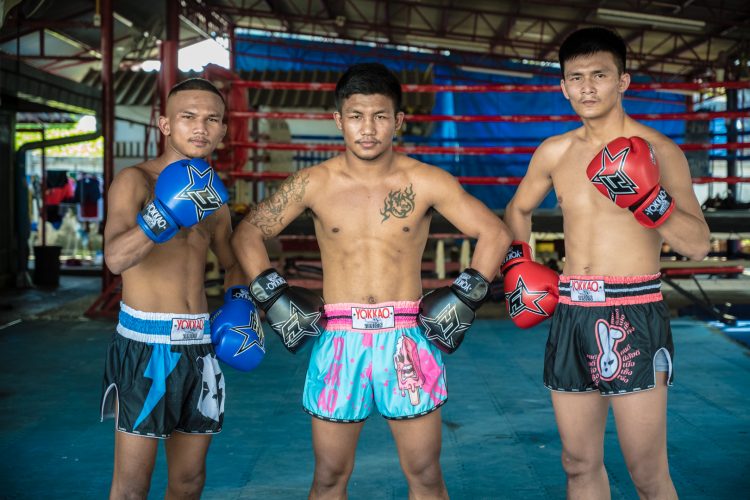 Yokkao is one of the world’s most prolific fight gear brands in Muay Thai and kickboxing sports. The Bangkok-based company was founded by Italian martial arts practitioner, Philip Villa in 2010. Today, Yokkao operates a fully integrated business model that covers gear manufacturing, event promotions, international training seminars and its own Muay Thai training center in Bangkok.

One of Villa’s visions for Yokkao is to promote the Thai boxing sport and support fighters of all levels in achieving their fighting career goals.

Over the years, Villa has signed many high-profile combat athletes in the sports of Muay Thai and kickboxing, supporting them in their professional fighting career. The geographically diverse and distinguished squad of sponsored fighters make up the Yokkao Fight Team.

Last November, Villa announced that Rodtang Jitmuangnon was joining the Yokkao Fight Team. The news went viral in the Muay Thai community and was covered in many combat sports news outlets.

Rodtang Jitmuangnon is one of today’s biggest names in the world of kickboxing and regularly headlines shows at the top Muay Thai stadiums in Thailand as well as global events. He is also a 3-time champion at Thailand’s prestigious Omnoi Stadium where he dominated the 130-lb division between 2017 to 2018.

His rise to global fame came in 2019 when he captured the coveted One Championship Muay Thai flyweight world title after defeating UK fighter, Jonathan Haggerty. Rodtang has since successfully defended his belt three times including an attempt by Haggerty to recapture the title.

Nicknamed “The Tank” by the media, Rodtang has been on a steam-rolling journey in the last 3 years winning 14 out of his last 15 fight appearances. He has defeated many of the top competitors in the sport during this period including fellow Thai champions like Seksan Or Kwanmuang, Petchdam PetchyindeeAcademy, and Kaonar PKSaenchaiGym.

Rodtang now joins a stable of some of the most renowned athletes at the Yokkao Fight Team alongside UK legend, Liam Harrison, multi-time world champions, Singdam and Superlek Kiatmoo9 as well as arguably the most famous Muay Thai fighter today, Saenchai PKSaenchaiMuayThaiGym. The Yokkao Fight Team is truly a force to be reckoned with and it will be interesting to see which decorated fighter Villa signs next.

Essential thoughts on business management from a young digital entrepreneur