by Frank Evans
in Sports
0 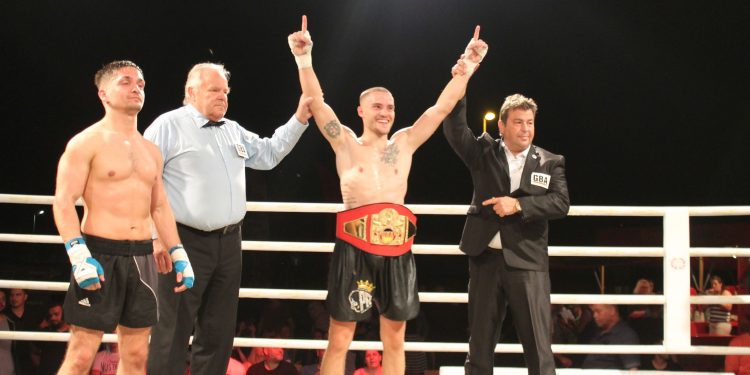 One of the emerging players in boxing, Piergiulio Ruhe has made his way in Germany’s boxing scenario. Making his debut on May 26, 2018, his fighting stats include 8 fights out of which he has 7 wins. The Reigning German Champion in welterweight has won 5 fights by K.O. Ruhe developed his love for the sport during teenage and since then, he is very much attached to the sport of boxing. With having German and Italian nationality, his dream is to fight at the world championship in Las Vegas, USA. “It has been a longing dream and I will definitely fulfil it”, said Ruhe.

Toto, the name by which he is popularly known among his fans has a secondary school certificate. He has completed vocational training in construction mechanics. Piergiulio had even got the option of joining his family business, ‘WARU – Wertvolles Aus Aluminium’. But this young guy had a wider vision – to do something for his country and today by choosing boxing as his sport, he has rightly proved why he is the next big thing in the sport. It is his passion for the sport which has made him a household name and he hopes to continue contributing his best by representing his country on an international level.

Earlier, he played soccer and tennis at SC Rinteln. During that time, he was not even associated with boxing. One of his friends, Mikael Mkrtchyan from Spain introduced him to the sport and luckily he is also a boxer since 2013. Ruhe before making his professional debut took 6 years of rigorous training with a proper diet. His first stint in the arena was a memorable one. Getting nostalgia about it, the boxer said, “I remember the song ‘Glaube an deinen Traum’ meaning ‘Believe in your dream’ was played when I made my entry in the arena. It still gives me goosebumps thinking about it. There were so many people rooting for me cheering me up. It motivated me a lot and took my confidence to another level.” Apart from this, Piergiulio Ruhe has got 5 secrets which he follows in his everyday life.

He revealed that discipline, willpower, self-confidence, implementation capability and dedication have become a part and parcel of his life. “Your life has no remote control. Get up and control your life by yourself”, a life motto which this boxer has been following since years. Even during the phase of lockdown, Piergiulio is religiously working out to stick to his goals. His match for the Intercontinental title against the WBC Youth Champion Maono Ally from Tanzania was earlier scheduled to happen. Amidst the COVID-19 epidemic, it is postponed to September or October this year. He further stated that winning the match for him is important to make his place at the Junior World Championship.