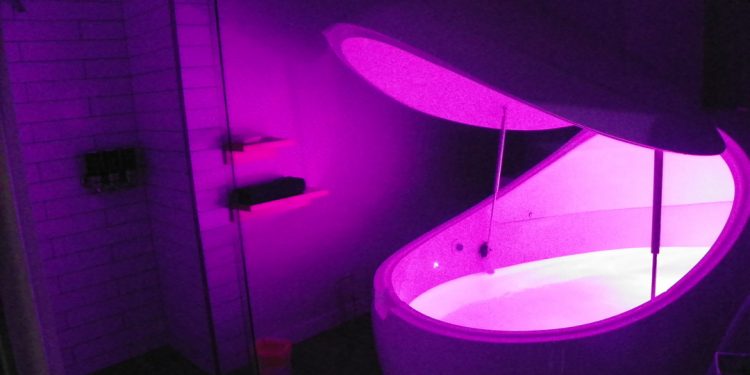 Among the most notable statements made about the floatation tank was by the comedian and the host of Fear Factor, Joe Rogan. His statement was “I think floatation tanks are the most incredible equipment types for self-help that anybody would ever be able to find,” According to him, he himself uses it for the sole purpose of personal growth and towards understanding himself. He asserted that it helps him to reflect upon himself and also reflect upon the effect that he has on other people.

The fact that Joe Rogan a celebrity getting into floatation therapy is not a new phenomenon due to the fact the earliest proponents of flotation therapy were in fact celebrities, the biggest names in sport and politicians. Most of these well-known individuals got into floatation therapy otherwise also known as sensory deprivation in order to gain psychedelic experiences without having to induce psychotropic drugs which could have diverse negative effects.

According to them, the entire experience snowballed as the more they attended the therapy, the more reasons they had to continue their float tank sessions. Their take on the matter is that most people do not have the slightest clue as to just how much everything is a distraction, by distraction, they don’t just mean the distraction caused by the information our sensory apparatus feed our brains constantly.

They also mean the brains propensity to ‘keep busy’ and subconsciously telling us to do this or to finish that which is often regarded as ‘noise’ within our minds. What a floatation tank does is that it quietens our mind down to an extent that it is given a reprieve from ‘everything’ – no sound, no vision, no temperature fluctuations, limited impact of gravity and more importantly no ‘mental noise’ which allows them to drift into a state of ‘deep relaxation’.

It is due to this reason that floaters often cite better focus, better moods, better immune systems, higher levels of creativity and problem-solving abilities. These facts were not proven scientifically and was only ‘hearsay’ and written off as ‘placebo’ until the advent of the 21st century. Clinical trials using the latest technological equipment that are able to monitor brain activity were used to track changes within test subject’s brain activity and the results baffled most of these researchers.

According to those floatation trials, subjects were able to lower their ‘brain functional frequency’ to the same frequency our brain is in when humans are about to fall asleep or just about to wake up. This is also the same frequency that people who practice meditation achieve only after years of practicing meditation. What is good about this is that during this period, a lot of internal healing takes place which include a boost in blood flow, chemical balancing, enzyme production balancing and much more.

This in turn leads to these individuals towards feeling better and feeling motivated which enhances the production of natural feel good drugs such as dopamine and endorphins that plays a critical role towards how people manage their lives.