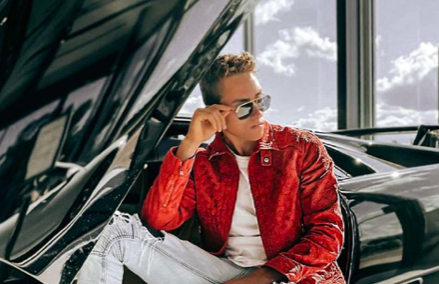 Soccer is, probably, one of the most demanding sports of all times. From talent to skills, countless hours, and fitness and so much more, soccer makes it challenging for a person to “make a name” in the field. Moreover, there is also a demand to be more dedicated, more passionate and more head strong within the field to be known as a star player of the sport.

This is part of the reason why people look up to celebrity stars, especially when it comes to sports, because of their fitness schedules, and how they manage to have a life outside of the game. And recently, the pro FIFA player that has been coming under the spotlight is Truitt Battin, the young and aspiring player who is taking over the internet by a storm.

And there is more to the young player than meets the eye! Not only was Battin passionate about soccer from the very day he realized that his dream ran along more than just having the admiration for the game, but he was also blessed with the necessary skill set required to earn a place in the field.

Battin grew up with the hopes of becoming a soccer player from when he was just six years old. And not just any player, he wanted soccer to be his sole source of recognition across the globe. Little did he know that he was en route to doing so!

Lucky for the kid, he was already the master of exceptional soccer skills, and playing the game whenever he was free, only helped him in being better than he already was.

However, Battin knew that to really be a part of the sport required tireless training and countless hours. And that is why he began training from a very young age. He dedicated a huge amount of time in playing the sport along with following a strict training schedule. Not only did this help him polishing his skills, but he acquired a few more, and improved drastically.

Battin might have started pushing himself from a very early age, but that bore fruit, especially because he became much more capable of giving his best throughout the game. Battin knew what the game demanded of him, which is why he made it his goal to improve more and more, each year. Thanks to all the efforts that he put in the early days of his life, today Battin has distinguished himself as a player who is known for his speed, vision on the field, and being able to cut in and out left and right with the ball and being able to shoot at any time.

One of the greatest achievements that came along with the young player’s hard work was the offer that came to him when he was just 11, and that too, to play for Red Star Belgrade! A talent like this doesn’t stay hidden for long and several other clubs were eager to hire Battin as well. But due to FIFA rules at the time, switching was quite difficult.

Battin is also invited every summer to Europe to play pro for Red Star, FK Partizan, and some other teams. Not only does he get to play there, but he also gets to practice his skills, on and off the ball. Due to his exceptional performance, Battin has also been invited for training and playing with some of the best soccer players from around the world at FIFA headquarters in Serbia!

Apart from being a stellar personality on the field, Battin has also established an unmatched reputation off the field- on the internet as well!

Battin is one of the few internet sensations who share their daily life experiences, with the hope to spread positivity! For that very reason, Battin is being known across the globe as a prominent internet sensation. By sharing his every day experiences, he aims at motivating and encouraging people. His goal is to bring light and hope in this dark world.

Moreover, Battin is also being highlighted for his fashion sense! His fashion choice is unique and chic, that gives a whole new look to the young athlete, making him look like model. Because of this prominence, Battin has grabbed the attention of several well-known celebrity stars!

As of today, Battin plays professional soccer in Croatia. Prior to that, he was a player in Switzerland for FC Sion and in Serbia for Red Star and FK Partizan. Battin is currently one of the seven USA pro-FIFA soccer players playing in Europe!