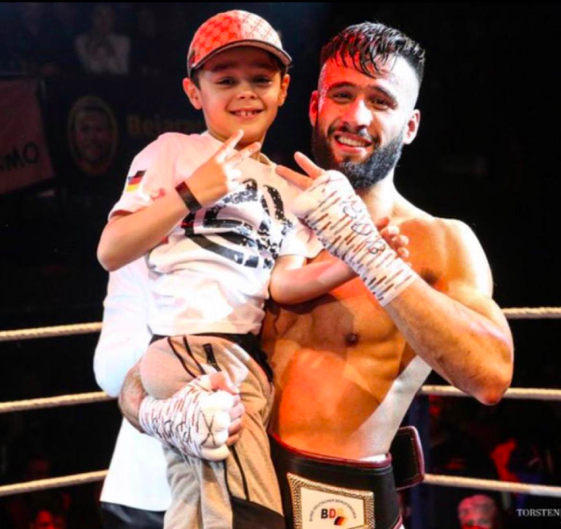 The pandemic and its lasting effects may have brought the world to a stop, but it has not brought Shokran Parwani’s life to a stop. The professional boxer out of Hamburg, Germany, continues to do what he does best: box. Whether it’s sparring, endurance training, health eating, or training his son and brother, Shokran has continued his dedication to the sport of boxing throughout these trying times.

Although he has not been able to compete over the last year, there is no doubt that Shokran has continued to inspire his followers via social media. Shokran and his son’s Instagram accounts are a message to follow for all of those who keep up with his progress. Positive messages, hard work, and healthy living are integral parts of the Parwani brand and lifestyle. Not only are they an inspiration to others, but it is obvious that they are inspirations to one another. Shokran’s son looks to appear in his first match this summer following in his father’s footsteps. If Hafiz is anything like his father, then there seems to be a future champion starting his career.

Shokran, himself a champion, has fought his way to two professional championships. His first one came as he claimed the title of World Boxing Federation International champion in 2017. This first title came with other accolades such as WBF’s boxer of the month. More recently in 2019, Shokran became the German light heavyweight Champion.

However, his greatest successes have not come from inside the ring but from outside. Leading a healthy and positive life for his son to follow has been Shokran’s greatest achievement outside the sport of boxing. As a man dedicated to his family, Shokran takes pride in his son’s well being and success. In a year of uncertainty and change, Shokran and his family have remained devoted to their goals and unwavering in the face of hardship.

How to Find out if Your Boyfriend is Cheating on You