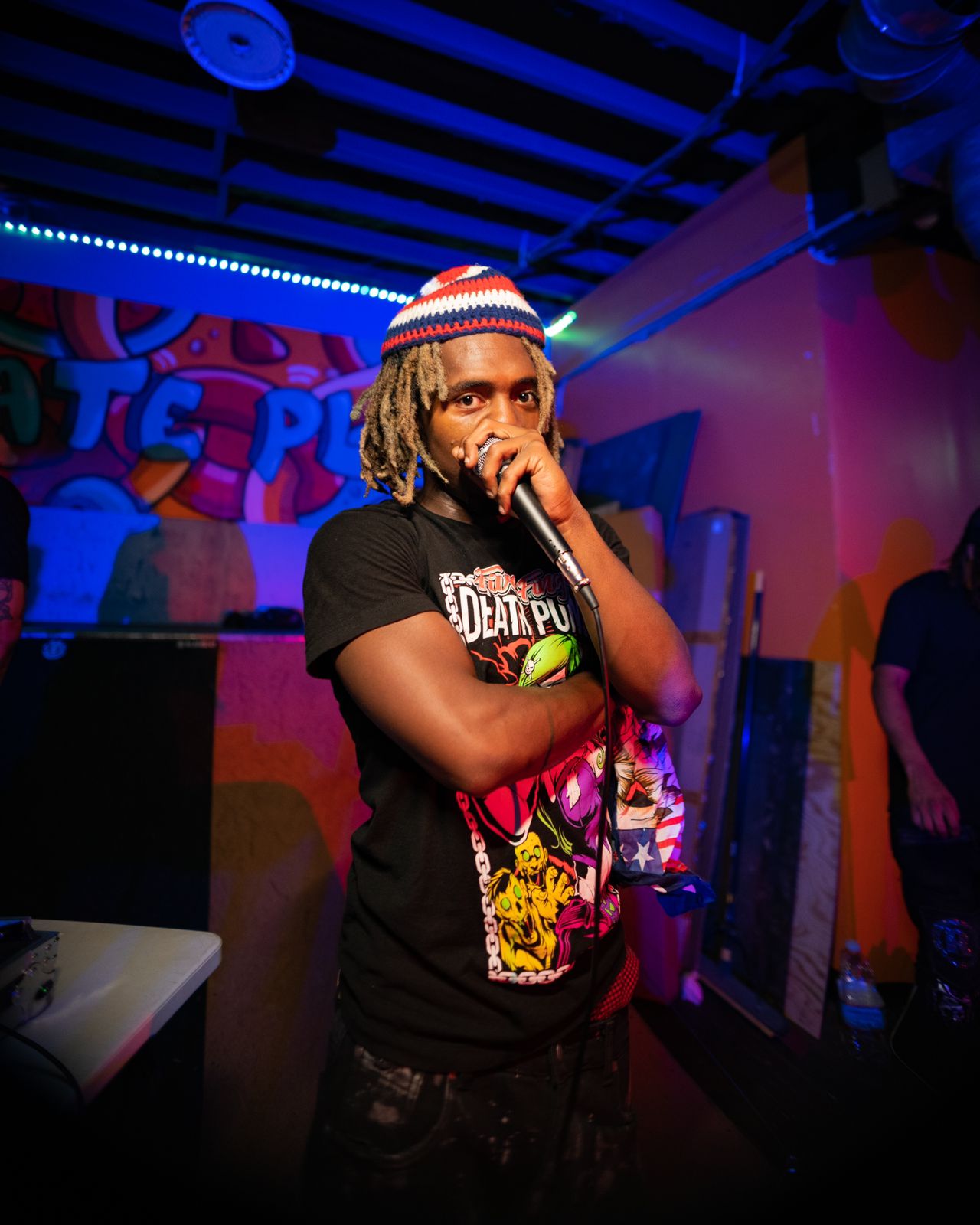 Imagine networking with your favorite childhood producer, getting authorization from your university to miss school for performances, interviews, and press runs. On top of that, having your super famous name-sake call you on a daily basis just to chop it up and check on your progress, then, BOOM! You’re incarcerated for 18 months in a rural county who’s not too fond of anything except a country conserative lifestyle.

Ross Taxin was raised in Fayetteville, GA all of his life. Once released from Jackson State Prison in the first week of January 2021, he moved immediately to Atlanta to resume where his once promising career left off. His charisma and ability to establish relationships enabled him to STILL be able to reach out to Grammy award-winning producers Lex Luger, DJ Plugg, & Will-A-Fool for exclusive production to get him back in the groove of things on his transition to the “free world”.

Surprisingly, Ross Taxin did not release ANYTHING the entire 2021. He stated that he just didn’t have a plan of action. “I was still recovering, still seeing white walls from solitary. Trying to get back in the groove of things, and NOBODY was helping me.” He now would like for us to give a very special shout out to his personal PR Tampa Mystic & his digital marketing conglomerate SlightWrks, who he hired to help assist with his career.

After long anticipation & not releasing music in 4 years, on June 1st, Ross Taxin released single and video “1,750” with assistance from Las-Vegas notable DJ Trap-A-Holics (a.k.a. Damn Son Where’d You Find This). Then shortly after, his world EXPLODED! Suddenly, he notices his time now solely consists of lucrative press runs and dozens of performances and interviews. But most importantly, a new burst of momentum. The exact kind he was looking for when he “came home”.

The Fayetteville native quickly accumulated notable publications such as Worldstar, The Source, Hip-Hop Weekly, & Thisis50. In less than a week, he gained over 10,000 views on his YouTube, marking it as his first official music video. Following that, with Worldstar.com clocking a total 50,000 on the first week of release.

History is told by the success of victors. The laws of Karma taught that “a set-back is usually followed with a major come-back”, and Ross Taxin says it’s not even in his vicinity or energy to lose. His favorite quotation is “repetition is the father of learning”, which he coined from his only source of inspiration, Lil Wayne. He plans on repeatedly delivering quality music to conquer the Atlanta industry and provide a new sound to suburban kids who never had an opportunity to do so. His final manifestation is that by the end of the year he’s going to have at least 20 songs released, 20 music videos, and 20 label offers.

Ross Taxin’s music can be found on all music digital streaming platforms & mixtape streaming platforms (Apple Music, Spotify, Soundcloud, Tidal, Spinrilla). Follow him on Instagram, Facebook, & Twitter, and go to www.rosstaxin.com to receive the latest updates on concerts, new releases, and much more. Check out his latest official music video on his YouTube Channel.