Redefining the Purpose of Music – The Dynamic Duley Trucc 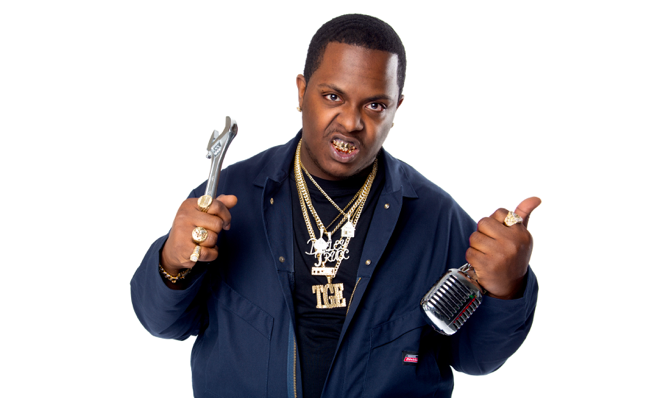 The world that is powered technology is advancing towards modernization, yet, it still fails to provide the basic human rights. The rules and rights are available in the documentation, but the implementation is yet to take place. Discrimination based on a person’s color, race, or religion, still remains unaddressed. Not every person is seen as the same on all pages. Even though thousands of people fall prey to discriminatory actions, the matter is seldom acknowledged by the world’s population. Tevin Speights, popularly known by his stage name, Duley Trucc, wishes to highlight this serious issue through his music. He has presented many projects regarding contemporary issues to help people heal through the power of music.

The first-ever song Tevin composed was entitled ‘Friday the 13th’. The superstitions involved behind the 13th falling on a Friday were highlighted in this song. He started at a young age, and only after he was in grade 7, he got a chance to continue his journey with his stage name Duley Trucc. He started as a performing artist in 4th grade and managed to take it this far. He recently earned immense recognition during COVID-19 for his exceptional music composition as a source of distraction for people who find it hard to come up with the pandemic stress. He creates a fusion between trap, hip-hop, rock, pop, and R&B music together as one. His music is different from typical trap music because it is fused with elements from multiple genres of music. Four of his songs, including Above the Rim, Trap Well, Wait and Splash all, were massive radio hits.

Tevin was born on November 21st, 1991, in Conway in South Carolina (USA). He started his journey in school with friends by making beats in the bathroom stalls. His best friend’s elder brother encouraged him to keep going after he heard his free-style. He loved creating free-style raps and had no idea that his time in public high school was going to end so brutally. People later targeted him on belonging from the community of color, and he got expelled from school after a rigorous fight. He could attend Conway High School for one year only because he indulged in a fight when a white boy called him a nigger. He got transferred to Aynor High and graduated from there.

He sought inspiration from Gucci, Jeezy, Jay-Z, Eminem, Diddy, and 50 cent. He found a direction and persuaded to release his first mixtape called “Foreign Lifestyle” in December 2015. The comprised Intro, Foreign Ft. Zilla, Swag Ft. Versa Mane, Annoying Ft. Tezzy, From the Block ft. Zilla and Danero, Real Life Shit, Fancy, Trapwell Ft. Remidi, Moe Gunna Skit, Ridiculous, Above the Rim, Gorgeous, and She Good. This was the start, and then there was no turning back. He released his debut album entitled “Mechanic.” It was produced by  Buckroll, Chain Beats, Chase, Jonathan Wells, Paven Melody, Rontz, Skye, Stunna, Tommy Franco, WayTooLost and Wizzle Beatz.

The album consists of fourteen tracks and is about forty minutes long. It is classified as the hip-hop genre; however, each track delivers a diverse range of compositional elements that showcase his songwriting talent and vocal performance. Duley Trucc recorded a REMIX of his single “Look Back At it,” featuring rapper Mykko Montana. He appeared on Best Unsigned Part 2 – After the Deal Mixtape hosted by DJ P-Money. His mixtape, “Us Never Them,” was hosted by DJ Apollo from 105.5 FM iHeart in South Carolina.

Duley Trucc and sister, Tiffany Speights, were the only children to his parents, and he had to experience a broken family when his parents Liz Cunningham and Lee Speights got divorced. This made him think differently about social issues. His understanding of the sensitive issues combined with creativity to influence the masses. He fulfills his desire to highlight the social problems through music, his preferred mode of expression. He performed at House of Blues in Myrtle Beach as a supporting act for Young Dolph before a packed crowd of about 1,500. He holds an interest in cooking, and he once worked as head chef at the Dunes Oceans Beach Club restaurant, Myrtle Beach, SC, before getting fully indulged in the music industry.

Duley Trucc strongly condemns police brutality against black lives. Police brutality is a stressful issue in the black community as many families lose their loved ones to what is taken as a mistake by police and the media. Still, in his opinion, these are cultural police tactics, practices, and policies designed to incarcerate and put people of color in dangerous situations. He once got unfairly treated by the police as he was at the wrong place at the wrong time when he had to go to the studio to record a feature, and unfortunately, the police raided the place.

The hip hop rapper believes in creating something for everybody. Instead of doing a one-dimensional project, he appears to be a multi-dimensional artist with the ability to fuse elements of other genres into trap music. He hopes to travel different areas of the world and wishes to create music for each place. He believes that music is a source of inspiration for people in tough times. Music can be used differently to convey powerful messages for various social flaws which go unaddressed otherwise.