Rising like a Phoenix in the realm of Business, Amer Safaee 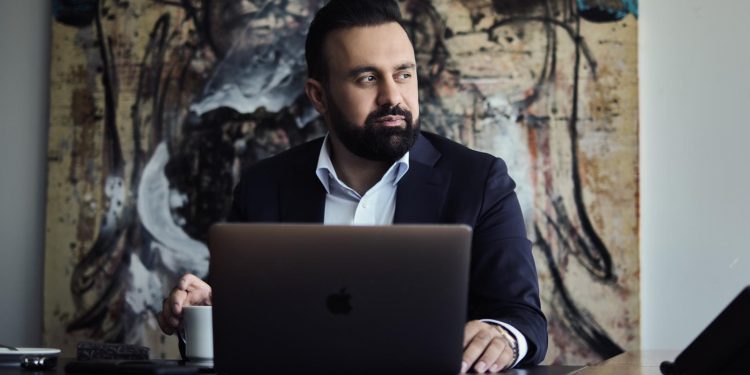 Amer Safaee was born into a poor family in Daykundi, Afganistan in the year 1980. After studying really hard and going through a lot of rough patches, he completed his Bachelors in IT from a reputed University. Later he opened up an IT company Bama Security Operations in Afghanistan that later went on to flourish as Bama group company in 10 countries namely Tajikistan, Turkey ,UAE, UK , Germany and more.

Amer later on pursued his MBA. He decided to add another feather in his cap when he invested in Beauty sector in a company called ZAZZ that operates in 5 different nations.

Amer Safaee lives primarily in Dubai, London and Istanbul due to his work and ever expanding business.
Besides being a successful business man, he is a single guy who loves to travel and indulge in adventures. He loves horse riding and his elegant style is an evidence of his interest in Fashion. He loves pets, and also likes luxury cars and indulgence from top tier brands like LV and Dior.

After a stressful day, he likes to relax and take a stroll or engage himself in fun videos. He knows that he needs to calm his thoughts before he can take on any next challenge or project. His love for food and fitness is a classic example of leading a balanced lifestyle. He loves his traditional cuisines but also incorporates a nutritious diet for healthy living.

Amer Safaee believes in the importance of logical risk taking in business. He believes that you need to study about business if you want to start but you should never be scared of the challenges. As challenges only make your better..

It’s believed that “Small Beginnings are launching pad to great endings” and Amer’s journey stands a testament to this.

Amer lives by the rule of not being afraid to take risks. He believes that risk taking ability and smart decision making are the stepping stones to great business ventures.

As long as your are honest in terms of your work ethics and motives, things will fall in place and God will be the guiding light towards a brighter future.

One personality aspect of Amer that is inspirational is that he is not afraid of failures. In fact, he has immense power to fight the obstacles and emerge victorious. He mentions “Twice in my life I had lost almost everything. I did feel sad but only for a brief period of time and after that I knew I had to face this situation with courage and my head held high. When things were extremely turbulent in the Middle east market, I did not lose hope but tried hard to come up with solutions and strategies to overcome the difficult times”.

Amer Safaee always had keen interest in upcoming technologies and wanted to invest in new business prospectives. He knows the hard work it takes to turn your life around. From having no financial support to actually owning a business that helps companies collaborate is a huge deal. But this is achievable with right attitude.

His Target is to expand and branch out his business to 50 nations by the year 2025. Now that’s the attitude and dedication we were talking about!

Finding Success through Adversity with Kyle Klosowski and Credit 101