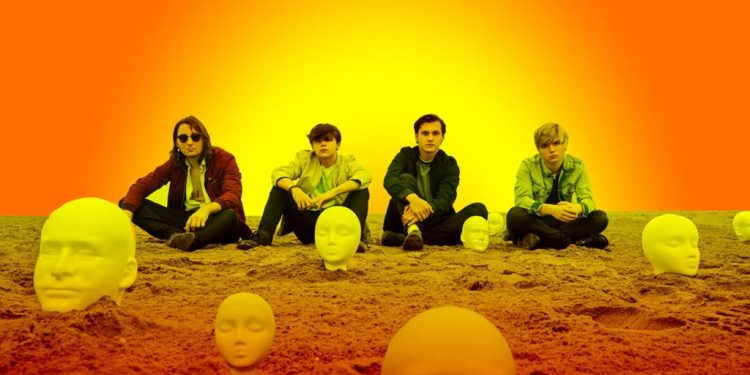 New rock and pop band, Milou Sky, look for inspiration everywhere. The band members do not believe in having a set formula for making the songs. The band’s lead vocalist, guitarist, and one of the songwriters, Ryan Beckett, says that inspiration can come in any form- sometimes from some music they are listening to or the life they are living.

Each day can be inspiring. They are continuously evolving by keeping their creative process less restrictive. They all write all the time and then at the end, form a balance of their writings.

Each member listened to music while growing up and today that serves as an inspiration to them. They have common love for the 60s classic rock bands, particularly The Beatles. They are inspired by the music they like, and they feed off of what they listen to, to create their own songs and sound. Not only music, but even films and sports inspire them.

While Beckett loves to watch movies, especially of actor Leonardo DiCaprio, the other member Liam is into sports, always seen cheering for all Philadelphia sports teams. All the 4 band members- Ryan Beckett, Zach Ninfo, Liam Meadowcroft, and Nolan Meadowcroft understand the power of social media. They have a large following on Instagram (100,000). They not only operate as musicians but also as influencers.

The band Milou Sky has wholly embraced the role of social media influencer. New and upcoming artists love when the band shares their learning and advice with them. All four of them believe that there is enough space for all the outstanding talents to survive in the world and thus they do not have any insecurities.

They are helping other artists to gain exposure through them. They carry Instagram stories featuring the new artists. The band believes social media is important and in the times of pandemic more so. It is the way to directly connect with fans and share their work when stage shows have been cancelled due to Covid 19.