by Natalie Roberts
in Health 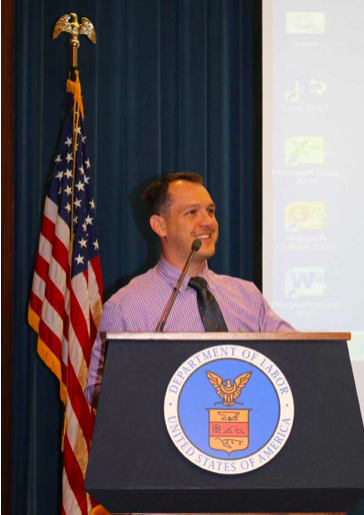 Mining, construction, extraction, building, plus so many other professions, are exposed to dangers and, at most times, present threat to people’s lives. Over the years, there have been an array of accidents that took place at several locations throughout the world. Thousands of people lost their lives, and millions of people suffered from the aftermath of these accidents.

On top of that, the government also created strict legislation and rules to follow to decrease the number of accidents along with people who lose their lives in the line of work. It has also become necessary to have, at least, the basic knowledge about what the safety and health measures are, and why they are essential.

Thanks to people like Rony Jabour, who is not only mindful of the concept of the importance of safety and health measures but is also taking up the responsibility of spreading this knowledge to protect people from various dangers.

REALIZING THE IMPORTANCE OF HEALTH AND SAFETY MEASURES

Rony Jabour Peterson Kirmse Jabour was born on October 12, 1983. He completed his primary and high school education from Cleres Martins Moreira and Marista. He then joined the Instituto Federal do Espirito Santo , Harvard University and University of Texas to complete his education.

During the time that he was working there, Rony Jabour learned a lot of things. He developed leadership skills and became even better at communication. The top-ranked Environmental Health & Safety speaker, was always a fun-loving person, and everyone loved his jolly personality. But he also noticed that people in the construction sector were oblivious towards taking safety and health measures, which often proved to be quite dangerous for their lives.

This was when Rony Jabour decided to take the matter in his own hands and made up his mind to help his co-workers learn the threats that came along with working at the construction sites. Every day he would look forward to helping his colleagues realize the importance of safety measures, and he made sure that everyone on his team followed the necessary requisites to protect themselves. Eventually, he started leading his colleagues, looking after each employee to ensure their safety and health.

BECOMING A DEDICATED AND PASSIONATE TRAINER

Leading his team at the construction site made Rony Jabour realize that he wanted to help people look after themselves for the rest of his life. This was when he got himself enrolled at Keene State College at the OSHA Training Institute, where he Became a Construction Safety & Health Official.

The passionate individual gave his best and performed so well that he received an array of licenses including Fire Prevention & Life Safety, Respiratory Protection, Excavation, Trenching, and Soil Mechanics along so many more. Besides that, Rony is also fluent in Spanish, Portuguese, and English.

Right after he finished his courses, Rony Jabour decided he wanted to use his knowledge and increase awareness about health and safety measures at workplaces. To do that, he opened his school, United Safety Net, the largest safety training institute in English, Spanish and Portuguese in the U.S.

Today, Rony Jabour is pursuing a master’s degree from the University of Texas Arlington – Uta. He is also one of the most requested OSHA trainers throughout the U.S. as well as the number 1 authorized OSHA Safety Trainer in New England. He is making efforts to make sure that safety and health measures are being followed everywhere.