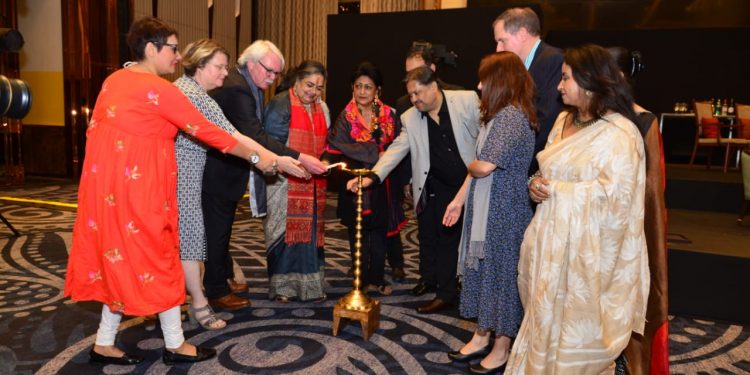 Sabarna Roy is a much awarded, critically acclaimed bestselling author of 6 literary books: Pentacles; Frosted Glass; Abyss; Winter Poems; Random Subterranean Mosaic: 2012 – 2018, and Etchings of the First Quarter of 2020. He is the lead author of a technical book, which has been published from the European Union and has been translated into 8 major European languages.

He has been awarded the Literoma Laureate Award in 2019, Literoma Star Achiever Award 2020, Random Subterranean Mosaic: 2012 – 2018 won the best book of the year 2019, the A List Award for excellence in fiction by the NewsX Media House, Certificate for The Real Super Heroes for spreading a spirit of positivity and hope during the COVID-19 Pandemic from Forever Star India Award 2020, the Certificate for Participation in the Indo Russian Friendship Celebration 2020, and the Literoma Golden Star Award 2020: Lifetime Achievement.

“Births and deaths are natural phenomena in the game of life. They take a lot of time to digest and understand and make some kind of meaning out of them. And, definitely they are private. Although, the State intervenes by way of Registration of births and deaths. For they must keep a count!

I am also remembering some of the greatest minds and performers on this planet whose gradual deaths went unnoticed at the time of the event and were drowned in ignominy, humiliation, atrocity, forgetfulness and exile.

It is a civilizational issue and not a matter of etiquette. Honestly!”

Sabarna is fascinated by the examination of death in his various narratives that he has written till date.

In Pentacles, he writes:

“I was a witness to the murder,

I was spellbound by his commitment to the act.

After killing her and seeing her fall limply on the marble floor of her bedroom,

In front of a teak-wood panelled florally carved box,

He laughed for the first time since I had seen him on that sunny winter afternoon.

He felt relieved, ready to be taken,

His body faintly lit by the light of celestial bodies in an otherwise dark night.”

In Frosted Glass, he writes:

“As Rahul entered his afterlife, he saw a moonlit valley with snow-peaked mountains all around. The valley was lit with a bluish expanse of darkness. He saw his mother running, naked, with a club in her hand, long hair flowing down her back, chasing an ugly little boy resembling Rahul thirty-nine years back. He saw his father selling cannon balls under a Krishnachura tree.

As Rahul looked up at the moon, it resembled Maya. She was looking at Rahul with a lusty smile on her face.”

In Winter Poems, he writes:

Where? – I cannot remember; can you?

What I remember is:

‘Aliens!’ You said, ‘They have the power to return from the dead.’ ”

In Abyss, he writes:

“Renuka: Are you sure Oindrila committed suicide?

Ayan: Of course, yes. There’s no doubt in my mind. She spiked her drink and fell deliberately and hurt herself beyond repair.

Renuka: You saw her spiking her drink?

Ayan: No, she told me something during the day.

Ayan: She told me – sometimes I go off the hook nowadays, you know. I go blank for moments and when I come back, I feel I was dead. As if I’m back from death. As if I’m a ghost. I wish I never came back to feel so horrible.”

It is, as if, your heart is paralyzed. It is not a sentiment of upheaval, but a rush of a strange emotion originating from within the bowels of the earth with which we are connected by the soles of our feet.

Am I losing myself? Am I missing the plot of my life? Is there a plot in my life? Is my life headed to a particular direction? Is there a pattern to my life? Will I ever be able to understand this pattern, if there is any?”

In Etchings of the First Quarter of 2020, he writes:

“The sweet rush of death lingers in my mind

In a few days, Mainak will be gone

Memories, murals and unfinished artwork are all that will be left

Of this ferociously handsome man, once upon a time

The sweet rush of death

The sounds of cymbals and drums

The roaring sounds of youth all over”

The simmering matrix of death and melancholy lingers in Sabarna Roy’s writings like, winter mist. Through this mist, characterizations, drama, and plot of his stories unfold crystal clear and resonate with our lives.

The way Sabarna Roy innovates and creates maze of ideas, people, and sequence of narration, it creates a suspenseful mystery which attracts readers to his literary works.

Sabarna Roy is also an erudite believer in the Paris Climate Accord and works hard in various national and international forums in lowering the industrial Carbon Footprint in India. He is presently the Senior Vice President at Electrosteel Group where he is working for the last 25 years.

Steelers: Taking A Look At Their Conference Dominance