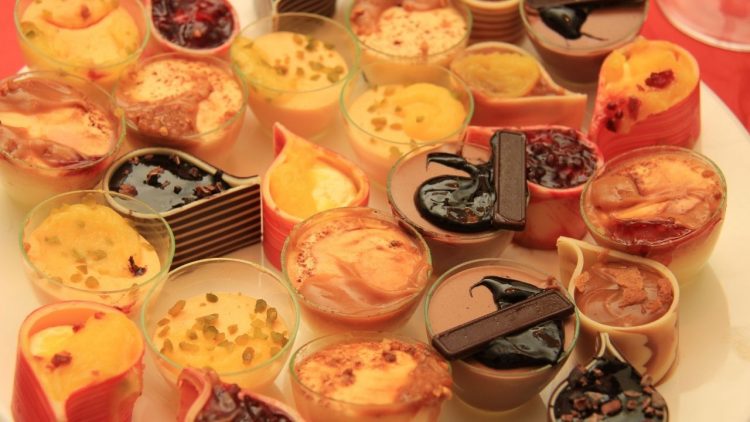 Duringhisvisit, MrLyalinlearned moreabout the plant, which he highly praised. Equipped with machines and devices made by the world’s leading manufacturers, the Yug Rusi Bakery Plant combinestraditional recipes with state-of-the-art technologies to produce more than 100 types of bread, rolls andbuns, as well asconfectionery products.

After a tour of the plant, the honouredguestwastreatedtofruitcakes and traditional Russian honey cakes which are expected to enter the Asian market.

“Today, weseethatAsiancountrieshavetheirheartsetonconfectionerymadewithnaturalingredientsandrichinnutrients and healthy substances,”explained Sergei VasilevichKislov, founder of the international Yug Rusi Group. “Thesearetheproducts which Yug Rusi Bakery Plant is about to bring to the market of China, Indonesia, Vietnam and a number of other Asian countries.”

Founded in 1992 by Sergei Kislov, YugRusi translates as ‘South of Russia’. Originally a flour producer and exporter, the company expanded rapidly,opening its river Don port facility in 1996 togain vital sea access to facilitate the export of seeds and grain.

In 2001, Yug Rusi invested in a number of farm units, culminating in the acquisition of approximately 200,000 hectares of arable land. In 2005, the group opened a new oil extraction plant in Rostov-on-Don, with a 3,300 tonnes per day processing capacity.

YugRusi acquired the Chernyanka and Valuyki oil processing plants located in the Belgorod region in 2011. The group also developed and launched agro2b.ru, combining a dedicated social network and trade system for agricultural business in its ground-breaking new platform.

The Yug Rusi Group has been producing high-quality food products for consumers in Russia and abroad for almost 30 years.

In total, the group has won:

As an investor in people, Yug Rusi Group prioritises the professional development of its highly qualified personnel. Yug Rusi is committed to helping employees broaden their knowledge and skills, providing extensive opportunities for professional growth.