Six Tips to being a Successful Entrepreneur

Alan Barton, 35, owns one of the most successful luxury car dealerships, MotorClass, with revenues exceeding £45m in 2021.

The UK-based company, through Alan’s entrepreneurial vigour, now serves a range of high net-worth individuals, from business leaders to athletes.

But it was not an easy path; there were no free rides, no shortcuts. MotorClass’s inception is a story of endeavour, risk and reward.

Now, Alan wants to share some of the lessons he’s picked up in his journey to success, with the the hope that he can inspire budding entrepreneurs to grasp their dreams and realise their ambitions.

1) Don’t let your past define you

Alan attests freely to the humbleness of his start in life: “As a young child I grew up with nothing, believing success wasn’t destined for me.” Now, Alan realises this belief was largely imposed upon him by society; a belief that he has fought to overcome. Alan took nothing as staid, knew there were no proverbial ‘free meals’ coming to him, so he took the initiative and sought to determine his own destiny with a drive to “eclipse all expectations and be a light of hope, of possibility, for all those who aren’t born into wealth or privilege and demonstrate that the own limiting factor to success is yourself.”

And he wouldn’t change a thing. Those periods of doubt, hardship and struggle all fed into the character that ultimately led to his success. Those aspects of his life were challenges, certainly, but he viewed them as such, as opposed to obstacles. The overcoming of them instilled a resilience and indefatigability that perhaps would not otherwise be obtained. From all this, Alan recommends to “use your past, embrace it, and shape its negatives into the future’s positives.”

2) Building a great team is crucial

Few businesses succeed without a solid, competent and collaborative team behind them. Alan knows this better than anyone. In fact, he points to the integration and management of his staff as a key component of his company’s success, saying, “a unique part of MotorClass’s set-up is its core team. Day in, day out I’m surrounded with people who I have established strong business and personal relationships with, built over years of working together in other endeavours.”

Finding the right people to facilitate the success of your business is a challenge in itself. Alan looks for people that are self-motivated, eager to make their own professional mark on the world and who will be invested in the business’ growth and reputation going forward. When hiring people, Alan advises to look beyond the CV: “Your CV might get you in the door, but your manner, values and ambition will be the ultimate deciding factor in whether someone’s a good fit.” 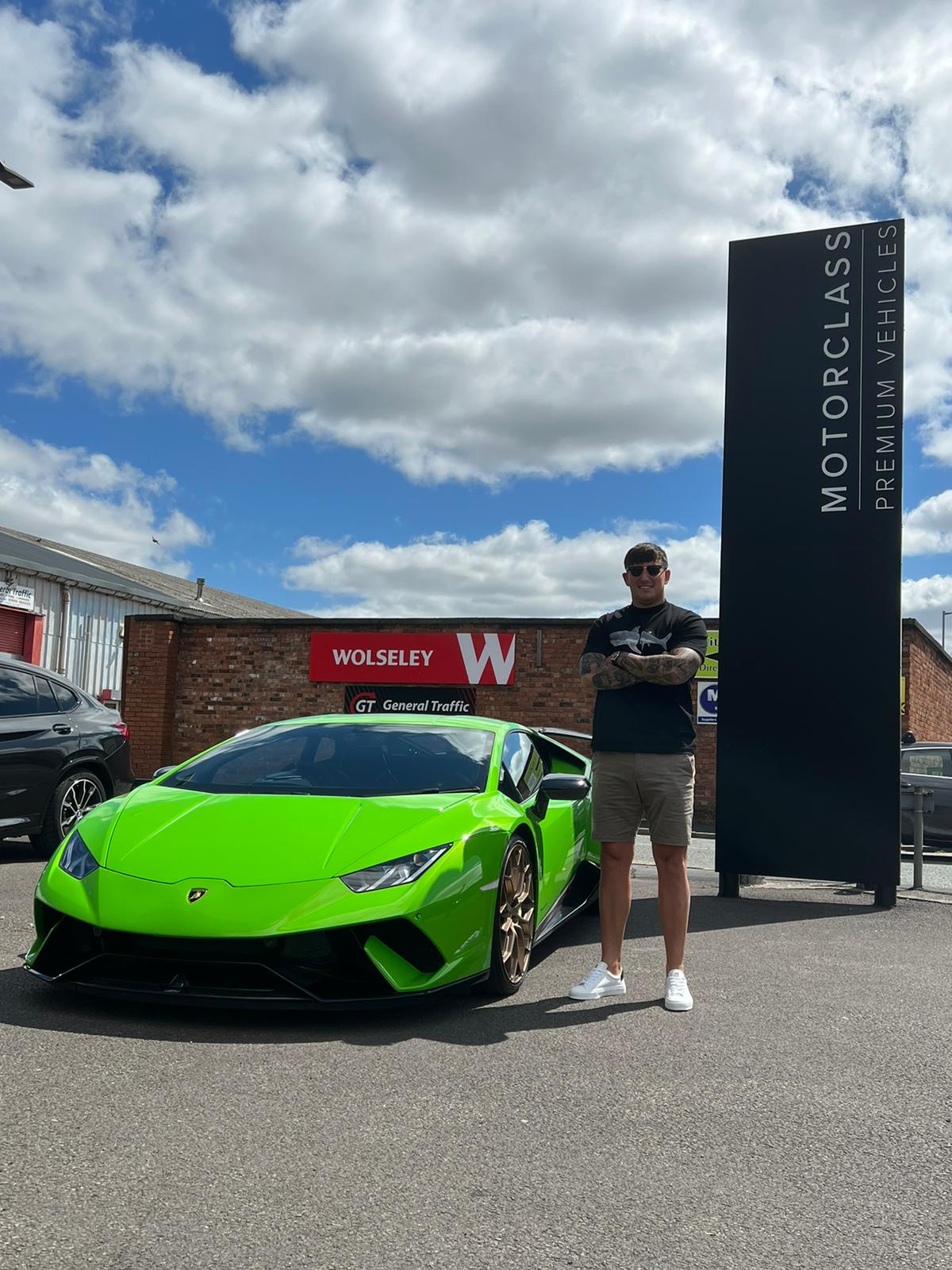 3) Sacrifices will need to be made

Alan consistently stresses the importance of being willing to make sacrifices on the road to success. He points to the early days of MotorClass when he “barely took a salary”, reinvesting as much as possible into the growth of the company, as well as putting his entire life savings into the venture. Combined with the extremely long hours he put in, tensions arose in both his professional and personal life.

“There were times when it became very difficult to balance my life as a businessman and as a father and husband,” Alan recalls, “but I always believed that eventually it would all come together. The rewards make the sacrifices all worth it in the end, but you have to maintain a sense of optimism and resolve.”

4) You must adopt the right mindset

“Mindset is the foundation of any business start up – in the beginning, it’s all you have,” Alan affirms. He believes that everything else can quickly fall apart if a resilient headspace isn’t in place.

“When setting up a business there are so many events that can impact you negatively,” cautions Alan. “If you let them take hold it can lead to a spiral of self-defeat. With a positive mindset, each setback is a lesson, an opportunity.”

To help maintain a forward-facing, focused mindset Alan looks to other successful entrepreneurs to see how they approach things and take inspiration from that. He says just a short clip or a quick read of such a person’s perspective is enough to reinforce his own mindset.

Alan also speaks to the importance of being able to take and apply criticism, regarding criticism as “food for growth”, as well as removing the emotion from decision-making and acting with a clear-headed rationality.

One of the most important things to recognise, Alan says, is your strengths, understanding that the standard path may not be your best path.

“School was not a good fit for me at all,” Alan remembers. “In truth, the structure of the curriculum bored me; I’m a practical learner, I like to put things into action.” It was only once he’d left school and began work in the automotive industry that Alan started to discover his potential, and in the process he gained a new sense of clarity and purpose. The when and where of the realisation of one’s talents can not always be planned, but when it’s encountered, Alan encourages to ‘grab hold of it and never let it go.”

6) Remain true to yourself

When Alan is asked how he wants to be remembered, what his preferred legacy would be, his immediate response is “to be known as someone who stayed true to his values, never compromising them in the face of success or money.” He holds that success gained while losing yourself along the way is an empty reward. That is not to say he believes people shouldn’t adapt and show growth, but the core of your character should remain constant.

Franklin Eugene Walked the Red Carpet in Support of The Whale at the 79th Venice International Film Festival.