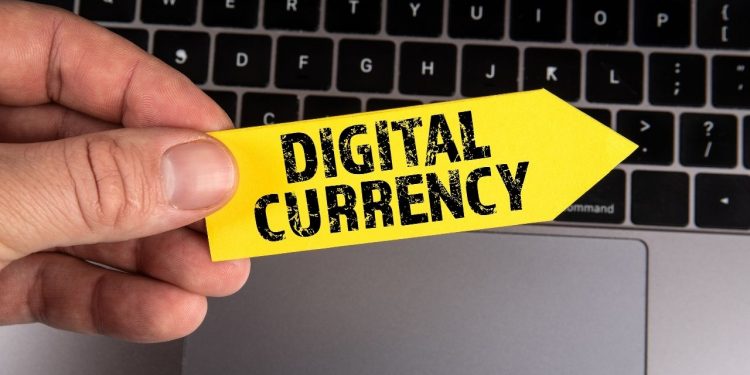 Digital Currencies are no doubt the future of payment services. With several players in the marketplace, can Nuspay come up on top to diversify the contemporary payment services and create a controlled state-led Digital Currency Framework facilitating the ultimate financial transparency? Let’s take a deep dive and scrutinize all the related factors.

For the unawares, Nuspay is a pioneering DeepTech company that specializes in financial innovations. Its latest innovation relates to a virtual account payment system with its eyes set on reforming the international currency framework to restrict its abuse from small mediating groups.

The Ins and Outs of Fiat

The word Fiat is of Latin origin and it refers to authority-determined and in today’s world it refers to the general mode of transaction which we call “money”. The valuation of Fiat money generally happens at government level and therein lies the problem with it. The biggest issue with Paper money (Fiat) is the problem of inflation, whereby governments will print the money that is still in stock, in as much fresh money as they wish. Many countries printed money freely in the 2008 financial crisis, leading to the widespread inflation crisis. Currency systems in Fiat are also unethical, and intimidation is the only thing which makes them appropriate. It is unethical to compel people to take artificial money without objective meaning against their own will and self-interest. Furthermore, fiat monetary systems empower those manipulating a currency to redistribute capital by modifying currency supply, quantity and delivery, which is just legal robbery. The centralized government which has the capacity to abolish competitive currencies, i.e., create a monopoly, is required to fiat currencies rather than voluntary market links. This is borderline antidemocratic and the central economic planning ultimately fails. Human civilization is not magically blessed by the omniscient and unfailing individuals needed by the choices of millions of individuals, families, enterprises and corporations to take financial and economic choices. Central economic models create an unceasing current of unforeseen effects, leading to continual interventions and eventually disrupting economic growth. These are continued challenges and ones that cryptocurrencies tried to solve.

The Upsurge & Descend of Cryptocurrencies

Ecuador as a country established its first digital currency in 2015 to de-dollarize itself. In principle, virtual money could authorize the Central Bank of Ecuador to release new assets, which are not explicitly related to the US currencies. However, officials from Ecuador have consistently denied that such ambitions even exist. There had been confusion regarding its operation since the beginning. Informed residents of the country would know that only a state issued currency would create a monopoly and it would never run as efficiently compared to a private firm. There was also the factor regarding trust. They couldn’t trust a state-only digital currency. All this confusion failed to garner the attention of the public and eventually the operation came to an end in 2018.

People’s Bank of China has also started testing its own version of digital currency but it also has the likelihood of being dissolved in the future as it does not contain the necessary balance of power just like Ecuador’s version. Nuspay claims to be in the pursuit of balance to bring a certain level of trustworthiness, which other virtual currencies are lacking.

A Pivotal Focus on European Union

Besides fixing the state of the aforementioned countries, Nuspay’s focus greatly lies with Europe. It will work in conjunction with the ECB (European Central Bank). Nuspay’s framework integrates with the private banking system which means no institution will feel left out when the framework is initiated. Every financial institution can join in to enrich the ecosystem. Nuspay’s State-Led currency framework would also deprive the government of the need to rescue vulnerable banks as it would be equipped with the revolutionary algorithms of Nuspay, so bad debts will be a thing of the past. It could also eliminate the need for deposit insurance. The preferential access of the financial system to central bank money will be withdrawn with the soon to be implemented State-Led curiencies. It will reduce the accumulation of economic influence in a few big institutions by encouraging citizens to use a currency, which is agreed upon by the union, reducing pandamonium.

The Need for Reform with Nuspay’s State-led Smart Currency

Nuspay’s Artificial intelligence is revolutionizing finances from general fund transfers to actual stipulated currencies to a digital one. With deep learning algorithms, Nuspay has set out to redefine real-time fund transfers through AI-based virtual account payment system utilizing all the resources to reduce processing time  and  then using AI to create a transparent environment for all the involved parties. With their latest innovation, they have set out to create a framework for a currency that will delineate the conventional curreiences and they’ve made big advances towards this vision.

Aforementioned problems with Fiat and Cryptocurrencies has led to this innovation. Nuspay has laid out a format for a state-led digital currency framework. Countries/States can leverage this format to eradicate the problems of fluctuating currency valuation by third party mediating parties and the state authorities can set the value for the transaction by fixed valued tokens or indicators. These platform indicators will always have a fixed value and the states that will leverage these indicators for cross border transactions can fix the value basing on these indicators. Mr. Abdul Mansur, the founder and managing director of Nuspay states, “Bank notes ought to be digitalized within the global agreed framework in the form of programmable keys by focusing on interpretability, privacy, and security to hold the rise of self-regulated unauthorized cryptos.” For example, Country A and Country B has formed an alliance to barter goods and services based on these tokens/indicators. A wants to exchange automobiles for a property stake in country B. The countries can settle for the desired tokens and exchange the assets. These tokens can be integrated for all sorts of transactions.

Nuspay’s AI based platform built on top of the blockchain technology will be able to settle disputes based on predetermined rules, regulations and compliances among the associated countries. This will lead to properly regulated currencies to bring utmost transparency in transactions. There will be no meddling from undesired places and cross border transactions can be settled with ease. Nuspay envisions a brighter future where all the countries will leverage this platform by forming the alliance to eradicate the flawed monetary system in today’s day and age.