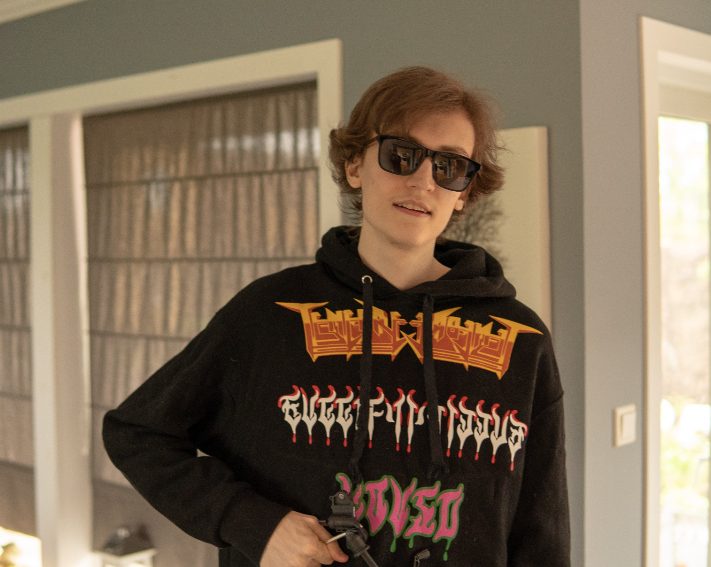 “Do what you love, love what you do.” It’s a simple saying that has become a way of life for many of today’s most successful leaders and entrepreneurs. Adrian Falkor Børresen is one who has followed that mantra by turning one of his hobbies into a successful career driven by passion and creativity.

Adrian has made a name for himself by producing YouTube videos for online creators and celebrities, mainly focused on vlog-style content, comedy skits, and “mockumentaries.” He says he feels passionate about the creative arts of TV, movies, and social media. Within those realms is a vast network of original and different individuals who he can learn from and interact with.

His multimedia productions originally started as a hobby. He began with editing video games, then moved on to doing highlights for Twitch streamers. When he got a positive response doing that, he started working with lesser-known YouTubers. Today he’s working with some of the biggest names on YouTube and has even bigger plans for the future.

Challenges of Being a Self-Taught Multimedia Producer

While it seems like success has come easy to Adrian, his journey hasn’t been without challenges. He says the biggest one for him was to “find clients and build a respectable and reliable brand where people knew that they would get what they asked for.” Despite these challenges, he managed to climb his way to the top without ever marketing himself except through networking and word of mouth, which he believes are the best and most organic ways to get new clients. After years of proving himself by getting consistently positive results, people are taking him seriously as a professional.

Biggest Successes as a One-Man Operation

While delegating some of his work to a new protégé is a plan for the future, Adrian prides himself on being a self-taught one-man operation. His skill set includes:

He does it all on his own while being available to speak with his clients 24/7. It’s a demanding job, but one that he’s passionate about, and the results speak for themselves. His biggest successes to date have been on various projects that he did for RiceGum, Aidan “Shifty” Kliebhan, and multiple members of the FaZe Clan.

He achieved more outstanding results in each project he worked on than any other video they had released on the same channel. His work garnered over a billion views collectively and gained his clients tens of thousands of new followers and subscribers.

With big plans for the future, Adrian says, “I want to entertain, inspire, and impact millions with my work. The world has a lot of pain and suffering, but if I can brighten somebody’s day for even a brief minute, that motivates me. I love new opinions and new experiences; life is meant to be experienced.”