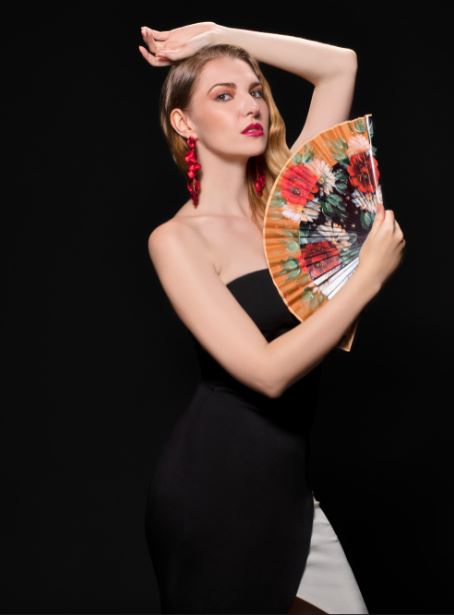 Supermodels in this day and age are as well known for the runway walks as they are for their environmental concern and activism. 90’s supermodel Amber Valletta is just one of the catwalk creatures who is involved with the efforts and initiatives of Oceana. Like Valletta, swimwear model, three time Miss Peru, and Miss Indigenous Americas titleholder Mischaela Elkins is of Native American heritage and devotes her time to championing causes with the Oceana organization and ocean conservation causes.

One of her most recent campaigns is a lovingly written petition asking Victoria’s Secret to consolidate their retail footprint the environmentally friendly way and recycle and dispose of product lines at closed and shuttered retail locations in ways that are kind to the ocean. A long time fan of the brand, and Victoria’s Secret Black Card holder, Mischaela has no ill will towards the brand and cites her participation in the Victoria’s Secret “Bombshell Because” beauty campaign and history with the famed retailer as evidence of her respect for their corporate history of learning to do better through thoughtful reworking of their operations and sourcing.

As fate would have it, Mischaela nearly participated in the Victoria’s Secret “Make Me An Angel” model casting in 2009 but couldn’t attend the castings due to a schedule conflict with other modeling work as well as a brand embargo by a competitor. Credited as one of the few Indigenous supermodels and the Season 14 Winner of the Top Model Peru distinction, Mischaela has worked with Vera Wang, Cle de Peau, Intimissimi, and Paloma Blanca in the fashion and beauty sphere and served as a brand ambassador and model for Luli Fama, Agua Bendita,Vizcaya Swimwear, and Beach Bunny Swimwear as a luxury swimwear model among other credits. She’s appeared in Vogue Italia, Lucky, Glamour, and Vanity Fair and worked with top fashion photographers and VOGUE staples Scott Schuman, Kirsten Miccoli, and Blake Martin.

Following in the footsteps of her role model Irina Shayk, Mischaela has leveraged beauty pageants to great effect as a swimwear model. Irina Shayk was Miss Chelyabinsk 2004, and also modeled for Luli Fama, Agua Bendita, and Beach Bunny Swimwear. Along with Irina, Mischaela counts “A Bikini A Day” creator Natasha Oakley as a role model and inspiration due to Natasha’s ability to create multiple business lines as a model and leverage social media to create the modeling niche of her dreams. Natasha and Mischaela are both brand ambassadors for La Mer and its Blue Heart Ocean Fund initiative respectively.

No stranger to environmental activism, Mischaela has a range of environmental awareness and conservation projects under her belt. The three time Miss Peru’s most ambitious project yet is her effort with Oceana to petition the Peruvian Government to create and maintain the Nazca Ridge Marine Protected Area. This Protected Area’s purpose is to ensure balance is maintained for the marine ecosystem in and around the outlined area; a space that is home to hundreds of species found nowhere else such as the goblin shark and other ultra-deep water marine species.

To promote the petition and effort and capitalize on her signature runway walk she has kicked off the “Tiburon Walk Challenge”. A challenge aimed at gaining more signatures for the petition of the creation of the Nazca Protected Area by prompting friends and followers to strut their stuff adopting Mischaela’s signature “Tiburon Walk”. It is not uncommon for beauty pageant contestants at the international level to have a signature walk; Shamcey Supsup of the Philippines worked her “Tsunami Walk”, Miss Universe 2018 Catriona Gray leveraged her “Lava Walk, and Janine Togonon is synonymous with the “Cobra Walk”. Unsurprisingly, Mischaela has elected to use her platform to promote ocean activism and conservation through a campaign centered around her runway walk all too appropriately named after the “tiburon” or “shark” in Spanish – one of the most graceful but powerful and focused creatures of the deep. The name seems all too fitting for a model with an almost singular focus on the fate of the ocean and its beautiful inhabitants.

Vivienne Posch Shares What Does it Mean to Live an Abundant Life?