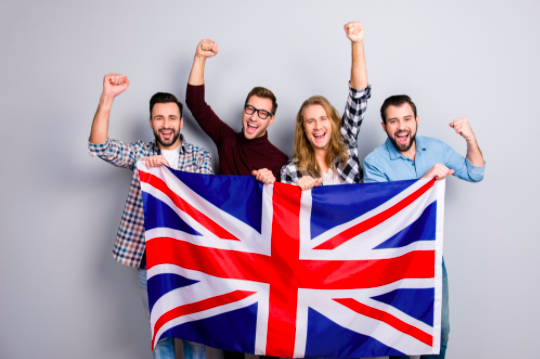 British game shows are a stock part of our lives. We tune in on an early evening and even in prime time. Britain is the world capital of these shows that bring together cringe worthy idiocy with moments of insane tension.  While some of these game shows are just plain awful, there are others that are television gold. Here we guide you through some of the best of the genre.

The top of the game show pile in the UK has to be The Chase. First, there’s our mate Bradders – or at least that is what it feels like. His banter is the show – though the tension between the contestants and the chasers is also a wonderful counterpoint to this. There is the drama of the chase against the humour of those perfectly strange moments when people have a brain freeze.

Dale Winton was made a star by this morning quiz show. He had a camp charm that made these strangely addictive programme so wonderful. Unwitting contestants seem to have been plucked off the street to run around a studio supermarket – everyone looks so stunned. It was cancelled for a while but now returns to our screen with Rylan replacing Dale brilliantly. He has captured that ironic glance at the camera perfectly – bringing the audience in on the joke perfectly.

The Cube is an intensely stressful experience but also strangely you cannot switch off. The Cube is at the heart of the show – with challenges set up inside the box. There is also no way that the contestants can prepare for this show, as they have no idea what the challenges will be involved. Some of the challenges are physical and others are puzzles that need a massive amount of brain power. Philip Schofield is the cherry on the top of this very different quizzing format. 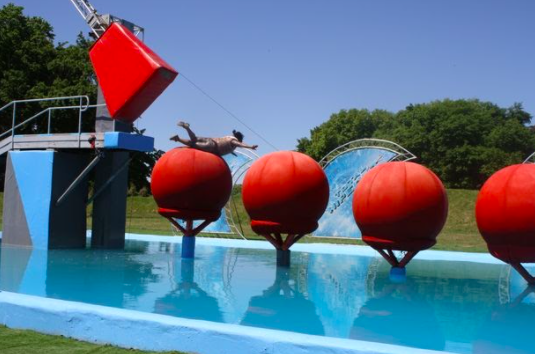 We love this show because people fall off things – we are not too proud to accept this. Of course, we are super impressed when people make it across the crazy obstacle course above a swimming pool. However, we get most of our enjoyment from those that bounce off the soft surfaces of the course and straight into the water with an enormous splash. It reminds us of our time on holiday on the inflatables and it is just amazing early Saturday evening telly.

The Weakest Link has been missing off our screens for a while but it deserves a place on the best shows from history. Ann Robinson was deliciously cruel and rude to contestants and the premise that people vote out the weak player is also brutal. The mix of question answering and strategy to get rid of the better players so you can win is brilliant television.

The Crystal Maze came to our screens with the bald host Rochard O’Brien. The idea is to get locked in a room until you solve a problem. The timer is on and if you knock on the door to be let out too late, you are stuck there. The problems in the room are really tricky. We as viewers look on exasperated because we think we could do it – but then you realise that it is actually really hard and the pressure of the clock insane. The notes grab in the Crystal Dome at the end is also a great climax to the whole event – and lots of other shows have been inspired by this perfect quiz show that started in the early 90s.

So, Pointless is a bit of a marmite quiz show. Some people think it is really well named – but for all the wrong reasons. Others though thrive off the idea of trying to come up with the most obscure correct answer to questions. Sure the questions take an age to read out and then another age to explain – but the chemistry between Alexander and Richard has just enough genius to keep you hooked. As the BBC have this on almost every evening of the week – those that love it really must outweigh those that genuinely believe it is pointless.

Deal or No Deal

Deal or No Deal with Noel Edmunds had a cult status in the early 2000s. There are 15 boxes and one of those boxes holds £250000. At some point you have to decide to take the box you have been given or keep gambling in the hope of finding the jackpot. This sounds like a simple concept but the tension is insane – and the cruelty of the banker ingenious.

What started as The Million Pound Drop with Davina McCall became the £100k drop when it came regularly to our television screens. Maybe this is a sign of the times with the economy or just a desire to give this hit show a regular run. The excellence of this quiz show is watching the contestants money disappearing down shoots and out of their pot of money.