‘The cult of wellness: a predatorial system hiding behind purity’ 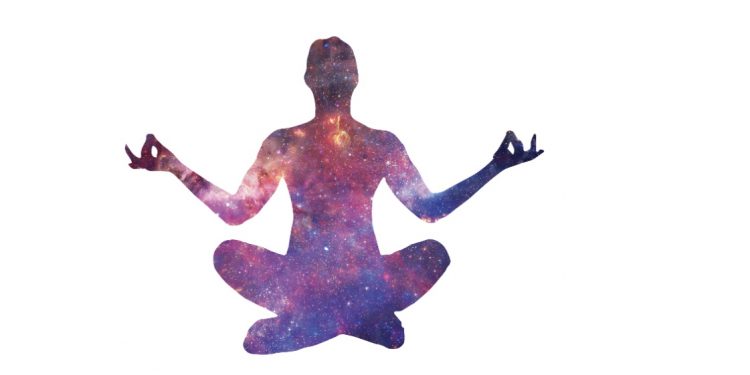 With religion declining in the west, spirituality has taken on new forms as it converges with secularism. The last two decades have witnessed the profound rise of self-identity and self-improvement as adopting the same codes and virtues of traditional faiths. From fitness to mental health to stress management, the wellness movement has placed a growing responsibility on the individual to become happier, healthier, and more fulfilled.

There are many reasons as to why traditional religion has failed to attract new generations. Some argue that theirtraditionally conservative values are incompatible with the‘Great Awokening’ and the rise of identity politics. Others suggest that the dominating capitalist socio-political structures deter moral communities that discourage individualism.

In religion’s absence, self-empowerment has been rebranded under the realm of wellness to nourish deeper human yearnings for spiritual transcendence. Like religion, wellness offers not only a product, but a sense of belonging. The lifestyles sold, whether it is exercise as a form of ascetic self-mortification or stress management as a ritualistic release, have the potential to be all-encompassing and intimate, cutting through the noise of modernity.

However, following a series of leading figures in the wellness industry having been charged with sexual misconduct and fraud, the consequences of the cult of wellness that once thrived without criticism is now being seen for what it is: a predatory institution.

One such case is Keith Raniere, mastermind behind the US-based NXIVM sex trafficking and sexual exploitation ring masquerading as a self-improvement course, who was sentenced to life in prison last October. Under his careful watch, young and vulnerable women, who on the face of it seemed successful in every way to the outside world, seeking self-help from his Hollywood-endorsed workshops were selected for his ‘haram,’ drugged, branded with his initialslike cattle, and used as property.

Under NXIVM’s tenets, the body is considered sacred and must avoid contamination to heal the mind. Yet, by joining,many members were expected to relinquish their rights to their own bodies entirely to begin their transformation.

This is part and parcel for even the most mundane wellnessinstitutions, such as sports clubs like SoulCycle and Barry’s Bootcamp. These ‘tribes’ nurture structures that hypnotizenew joiners with a ritualistic experience. Rather than about being thinner or feeling fitter, members are compelled by the discipline and rigour required to excel in the program.

But as one Barry’s trainer explained to a member, “if you can’t run your mind or body, how are you going to run a Fortune 500 company?”

Instead of transcending members to an altered state, the brand further entrenches the idea that one’s moral worth is linked with one’s utility on a scale devised by the group.Broadcasting ideals of purity and virtue, leaders often mask their true intentions of securing power, money, and sex. Power imbalances between members and leaders are therefore often encouraged.

This is the case for Osho International, founded by the Indian new religious movement leader, Bhagwan Shree Rajneesh. Rebranded as a self-help organization following controversywithin the ashram, women struggling with mental health are prime candidates for Osho’s courses in sects across the world.

A common tenet of Osho is that the ‘true self’ can only be absolved from its trauma through physical release, often manifested in sexual assault between sect leaders and members. The logic follows that undesirable emotional states must be released through the body, and only though the guidance of cult teachings. Osho bodies are sacred bodies; disciplined at Osho, they must adhere to very strict dietary and health regimes and are told not to seek professional medical outside of the group because their people knowbetter.

Wellness cults such as Osho International and NXIVM, and so-called therapeutic boarding schools continue to hide under deceit, seeking teenagers and young adults looking for direction and willing to pay for it. Instead, they work on detaching feelings, thoughts, and desires. In particular, Osho conditions their members to believe that they are implicit in their abuse as it is their fault for thinking negatively. The only way to escape suffering is to stop thinking, giving up all sense of responsibility and control.

Self-preservation mechanisms such as healthy emotional responses to trauma are stripped bare, allowing for further abuse from Osho sect leaders to take place. As one of Raniere’s victims testified, a similar structure within NXIVMwas designed for him to take “whatever he wanted with me– not just sexually but also psychologically.”

Much like the moral community created within places of worship, wellness cults also draw members in with the promise of being part of a collective, transcendent experience. From the shared emotional release incited in group sessions, members experience “collective effervescence”, a term sociologist Émile Durkheim used to describe the emotionality of the religious experience.

The joyful intoxication of togetherness that makes one feel deeply connected to others can mask their true predatory nature. Victims often fail to realise they are in the throes of a cult often until years have passed, and once escaped, they must grapple with feelings of deep isolation and trauma. The long-term consequences can be severe.

Instead of self-empowerment, cult teachings shut down emotional centres and the ability to form intimate connections, creating a destructive feedback loop where the outside world looks increasingly unnavigable alone. For instance, within Osho, women are taught that all intimate relationships should be avoided so as to keep their focus on their leader. Family structures are destroyed to further co-dependency on the institution. And like ultra-orthodox religious sects, such as within Judaism, Catholicism, and Mormonism, they use shame and humiliation as ways to keep people within.

By its very nature, wellness lacks scientific rigour instead relying on rituals, dogmas, and false pretences. However, it is just as important to understand why there are those continuously drawn to self-help and empowerment. Young people have always searched for belonging and meaning. But in an increasingly polarised and solitary world, promises of how one can become a better person and live a better life will only grow more irresistible.