The Most Desired Cosmetic Procedures in Europe 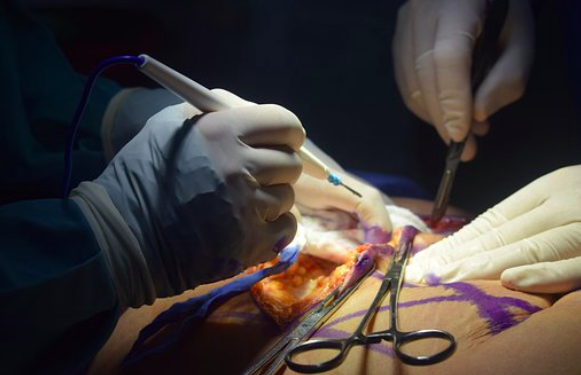 Rhinoplasty is any procedure done on the middle nose to reshape the size. Commonly known as a nose job these days, this procedure is more common to women because of their cosmetic desires. Originally, the rhinoplasty procedure was meant to correct breathing problems among those born with defects and was covered by most health insurance policies.

Nonetheless, Rhinoplasty in the modern-day seeks to reshape the nose into a more appealing or desirable appearance. The patient may start noticing changes three days past the procedure, with most people recovering in roughly two weeks. The procedure has received the most attention in Europe in the past two years, with online metrics showing revealing a lot of searches coming from different parts of the continent.

This procedure is meant to reshape the breast. While the most common reason is breast enlargement, some people take the procedure to replace an absent breast or part of it that was maybe cut off due to medical reasons like breast cancer. Still, many women take breast augmentation to restore symmetry in the bosom. During the procedure, synthetic devices or implants are added to mimic the look and feel of real breasts.

Some wish to reduce the size of their breast as they are overly large. These procedures have become so common in the US and have now become popular in Europe. The number of searches made on the web on the same is about 28,690 every month. Although women are most likely expected to go for this procedure, men are increasingly showing interest in the same due to issues such as gynecomastia.

This is a procedure that is meant to give the breasts a perkier appearance. It is done to boobs that are sagging or are poorly shaped, especially in women who have lost weight recently and ended up with their breasts looking deflated. Breast lifts are also increasingly becoming popular in Europe.

With age, our faces tend to sag and become wrinkled. This procedure is meant to solve this issue. Rhytidectomy, otherwise known as a facelift, is meant to tighten the face to give a youthful appearance. During the procedure, the skin is pulled tighter, deep lines are smoothened, and sagging is minimized. In most cases, rhytidectomy accompanies others such as forehead lift or eyelid shaping, which are all meant to enhance the youthful appearance. The procedure has become quite common among middle-aged people as they are not ready to let go of their youthful appearance. It is one of the most common plastic surgeries in different parts of Europe these days. 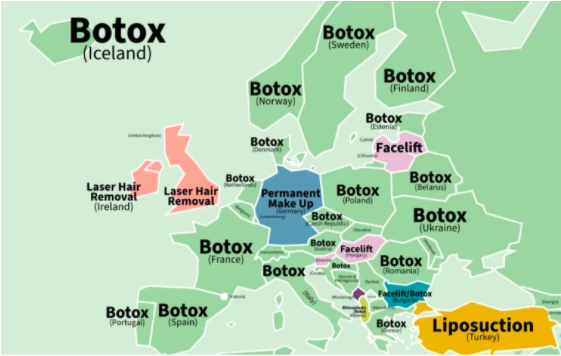 Cosmetic surgery procedures have been on the rise globally over the past few years. As anyone might guess, Europe is one of the parts of the globe where growing numbers of people are showing an interest in these procedures, perhaps next to the likes of the US. In addition to the ones mentioned above, tummy tucks, mammoplasty, butt lift, brow lift, and labiaplasty are also fairly common. In the image above by CompareTheMarket.com.au you can see the most searched cosmetic procedures in European countries. As you can see by the UK’s result compared to the rest of Europe, Brits seem to have a fairly unique obsession with body hair, or at least the lack of it.