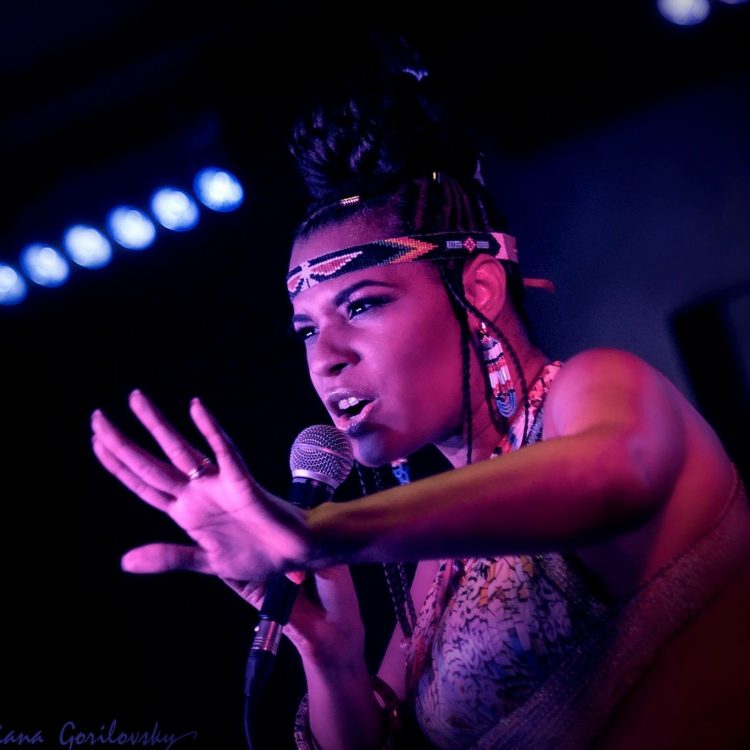 Are you tired of the old beats that you have been jamming to for quite some time? Time for some change because Ivy Chanel is here to brighten your mood with her recent single called ‘Make Me Wanna.’

Ivy Chanel is known for her diversity, singing in various languages, providing variety to her fan following, who has been deeply invested in her music because of her outstanding singing qualities. She has been singing in English, Tsalagi (Cherokee language), Spanish, Italian, French, Brazilian, Portuguese, and Hebrew! We can only wonder the number of listeners who have been admiring her. It is not just her incredible voice; it is her personality that drives many. Besides being an international professional singer, she is also an entertainer and thinks much about her audience’s experience.

Her newly released single “Make Me Wanna” is available on all digital platforms! Get your copy today and take a look at her music video via her website www.ivychanel.com/music. “Make Me Wanna” is the fourth single that belongs to her upcoming album release ‘Up In The Air.’ This particular single was produced by the United Kingdom legend MBE Omar Lye-Fook. Also, it was lyrically co-written by Curtis Richardson (Rihanna, Jennifer Lopez, Craig David, Joss Stone) and musically co-written by Morris “Mo” Pleasure (MD for Earth Wind and Fire, Janet Jackson, Michael Jackson), and Ivy Chanel. This transcontinental collaboration involved some established music-heavy hitters. When engaging creative minds come together, magic with love manifests to gift the world, such as this song, “Make Me Wanna,” an expression of Agape Love.

Ivy Chanel is not just an amateur singer; she has performed for several prestigious people, including presidents, members of the royal family, and other essential individuals worldwide, working closely with some significant award-winning artists and producers. These include scratch professor, the Temper Trap, Curtis Richardson, Freedom C + C music factory, DJ Kazu, MBE Lye-Fook, Big Markie, and Q-Tip. Only a handful of creative artist collaborators have been mentioned here; otherwise, the list is pretty long. We bet you all are very well aware of Simon Cowell; even he has complemented Ivy Chanel as a vocal coach.

It all began when she started tutoring a couple of potential artists, which led to them becoming pretty popular; Oritsé Williams (JLS) is one of them. Let’s not forget Anthony Duncan, who has worked along with Ivy Chanel, and contestants from Missy Elliott’s Road to stardom, and also The voice.

“My culture is a huge part of who I am today and how I sing; I represent the Native American Indigenous roots and also the African American ones pretty strongly. I want to use all of my talents and guide other Creatives in a direction that will help them live their musical purpose and encourage them to use their gifts as I am today. Dreams do come true.” says Ivy Chanel.