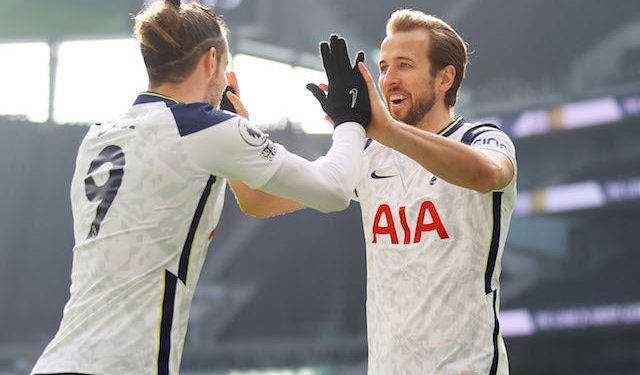 Two goals from both Gareth Bale and Harry Kane helped Tottenham in defeating Crystal Palace on Sunday evening. After this victory, Spurs are now at the 6th position in the PL table. On the other hand, Crystal Palace remained in the 13th position and are eight points above the relegation zone.

Jose Mourinho’s team looked sharp in the early minutes of the game. As a result, Gareth Bale opened his team’s account by scoring in the 25th minute. However, Crystal Palace pulled one back out of nowhere in the 46th minute. Christian Bentke delivered a superb header from Milivojevic’s cross and levelled the score.

Tottenham looked much sharper on the ball in the second half of the game. As a result, in the 49th minute, Gareth Bale scored the second goal for his side. Later in the 52nd minute, Harry Kane delivered a curling stunner and changed the score to 3-1.

Roy Hodgson’s team looked out of shape continuously and conceded the fourth goal in the 76th minute. The overall game for the Palace side didn’t look great either as they struggled to nullify the Spurs’ attack.

Jose Mourinho looked impressed with his side’s performance and added that it was a good week for them. Moreover, he added that the current Spurs side has lots of qualities among them.

Roy Hodgson admitted that his side performed well until the end of the first half. However, after conceding two quick goals in the second half, it became challenging for them. He praised Christian Benteke’s goal and added that he’s not much concerned about the relegation zone difference.

7 Best Gifts to Give This Year