by Kevin Taylor
in World 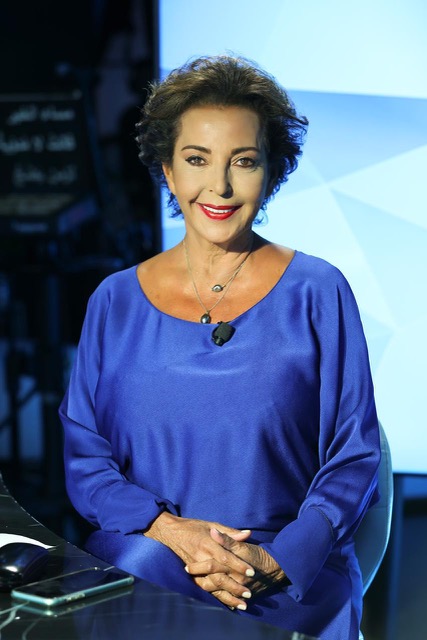 Raghida Dergham never takes no for an answer. She doesn’t only ask questions, but challenges her interviewees, skillfully cornering them to spill the facts. An internationally acclaimed journalist, think tank founder and political analyst, Dergham is as determined as she was precocious – she was only 15 when she published her first piece. A third-generation Arab-American, she grew up in Beirut, and moved to upstate New York to attend college. Initially intent on pursuing a Masters’ Degree at Boston University, she ended up instead producing an Arabic-English bilingual community radio show in Boston, until, at only 23, she was hired as a foreign correspondent at the United Nations in New York City. This position was the catalyst to more than four decades in the United States, covering, analyzing, and breaking major international news.

In 1989, London-based Arabic-language newspaper Al Hayat hired her as a columnist and correspondent; she eventually became the paper’s Bureau Chief at the United Nations in New York City. Her first assignment took her to Belgrade, for the ninth summit of the Non-Aligned Movement, where she interviewed ten heads of state in a week. But this was only one of the myriad highlights of her journalistic career, which saw her meet more than 30 heads of state and 100 foreign ministers, as well as regularly appearing as a commentator on CNN and featuring in leading publications such as The New York Times and the Washington Post.

Over the years, Dergham built a reputation as a tough and opinionated interviewer, utterly unafraid of and undeterred by her subjects. She notably covered the 1979 Non-Aligned Movement summit in Cuba, interviewed Philippines dictator Ferdinand Marcos, was in Moscow for the 27th Congress of the Communist Party of the Soviet Union, and witnessed the meetings between Soviet leader Mikhail Gorbachev and US President Ronald Reagan. In 1993, she broke the news of the Oslo accords, and later conducted a controversial interview with Saddam Hussein’s Vice President, Taha Yassin Ramadan.

In parallel with her work as a journalist, Dergham founded Beirut Institute, an Arab think tank with a global reach – the first one of its kind. Now a decade old, Beirut Institute is politically unaffiliated, and aims to debate policy, brainstorm current affairs and anticipate outcomes and policy options. The Institute has grown into a greatly respected organization, and has so far held three international summits, attended by world leaders and policymakers. The institute has hosted multiple meetings and conferences, and, most recently started streaming the e-Policy Circles, taking the critical global conversation online. These weekly events  gather the elite of Arab and international decision-makers and thinkers, debating weekly topics with Dergham as moderator.

Dergham has been awarded multiple prizes for her work in journalism, among them the «Arab Woman of the Year» at the third annual Arab Women of the Year Awards in London in 2017, and was twice named one of the 100 most powerful Arab women by the magazine Arabian Business. Yet awards mean less than what Dergham has achieved on the ground, breaking glass ceilings more than once, and helping empower Arab and Arab-American women. Despite intimidations and even death threats, Dergham cannot be silenced. On the contrary she proves how a woman can succeed in the male-dominated fields of geopolitics and journalism, and rise to prominence political analysts, thanks to, as she has repeatedly stated, her drive to dare, dream, and differ.

Dr. Justin Ranaan Gets Candid About His Journey to Becoming an Award-Winning Beverly Hills Periodontist