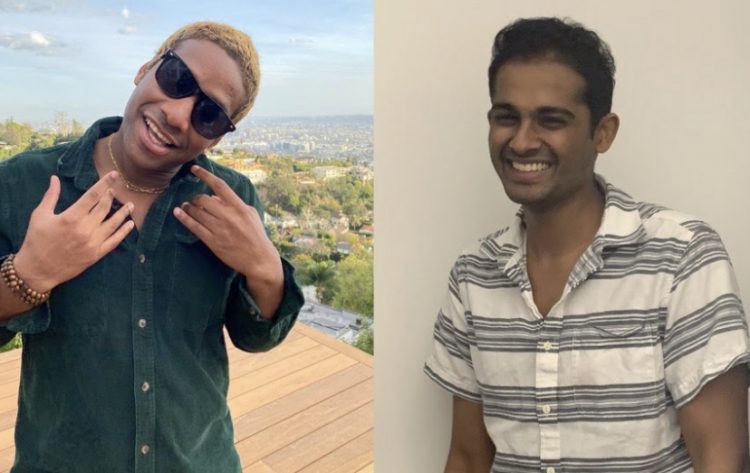 Trailer Time is the modern media vehicle shaking up the movie commentary space with an innovative format, a hyper-specific niche, and authentically motivated hosts. Trailer Time was started by two college friends, Mohit Dangeti and Jamell Sirleaf, in order to find a creative outlet for their love of film and television, push for more representation in the Hollywood commentary space, and corner the market for video podcast style trailer reviews.

Trailer Time is a video podcast brand restoring the film and television trailer to its rightful place in the culture. Dangeti and Sirleaf realized they wanted to share as well as capitalize on their love for unexpectedly exciting trailers. Recalling the special aura surrounding the new trailers shown before a movie screening in a theater, the two hosts knew that there was a need for a review show centering these fantastic trailers themselves; they also realized that trailers are the perfect kind of short form content meant to go viral and capture hype for an upcoming film or television project.

Once Dangeti and Sirleaf realized that their unique love for trailers actually coincided with a market need perfectly fitting the social media age, Trailer Time was born. Now, Trailer Time is evolving into a recognizable brand focusing on promoting and reviewing the newest television and movie trailers. Each week, the two college friends spend time reviewing any newly released film or television trailer with the authentic chemistry that only real friends could pull off. Beyond the reviews, Dangeti and Sirleaf get creative; they discuss the history and significance of the trailers generally as well as examine the nitty gritty of what makes an interesting or popular trailer, down to the genre level. Trailer Time’s content is the perfect window into a discussion about film and television content as well as about the history and future of the industry.

Film and television enthusiasts can now visit Trailer Time’s Instagram or Facebook accounts in order to stay up to date with the upcoming TV and movie releases, listen to hilarious yet compelling commentary about the hottest new hollywood projects, and find inspiration for what to watch next. In an era where consumers are sick and tired of establishment, gate-kept media, Trailer Time’s video reviews are a refreshing change from reading traditional long form written reviews by out-of-touch, overly connected industry writers.

Further, Trailer Time is doubling down on their video podcast style reviews at the perfect time. The industry at large is experiencing a massive shift towards this style of media. This trend is marked by the massive growth and investment in audio/video content (Spotify’s investment in Bill Simmons’s The Ringer and Joe Rogan and iHeartRadio’s deal with Charlamagne tha God) as well as in streaming services (HBO Max’s deal with Warner Brothers, Amazon Prime’s deal with Donald Glover, Netflix’s deal with Shonda Rhimes, etc).

It is safe to say that the TrailerTime hosts have found a niche with their trailer review show on multiple levels due to their informed yet honest and laid back style as well as with their video podcast format.

One could say that the college friends were destined for this role, as they were a part of a generation that grew up during a time of great change for the industry, through the golden age of blockbuster films to the streaming revolution. While their childhood consists of memories of meeting up with friends at movie theaters to escape the mundane everydayness of life (and making sure to get there early in order to see all the new trailers), they also saw the how access to the world of cinema opened up to enthusiasts in an unforeseen way with rise of the streaming giants in their young adulthood years.

Sitting at the intersection of these two time periods perfectly positioned Dangeti and Sirleaf to have both a deep appreciation for trailers from the movie theater and blockbuster era as well as recognize the incredible opportunity and access to content enabled by this new Netflix, or streaming, era.

TrailerTime’s bet on trailers has only proven to be more and more sentient as streaming companies continue to invest resources into their platforms in order to beat out the competition. Despite many experts believing that people would be sick of sitting at home and watching film or television, the pandemic has only increased the demand for high quality streaming content — most of which use trailers to promote the final product, months in advance

Beyond providing the market with a much needed video podcast focusing on trailers as an art form in it of themselves, Dangeti and Sirleaf are providing some much needed representation for the film and television review space as well as for Hollywood at large.

As people of Indian and African descent, Dangeti and Sirleaf, center important perspectives in an industry saturated with white men. Dangeti and Sirleaf are not only able to provide a new voice in the industry in general, they are also able to connect to their communities as well as other communities made up of people of color, speaking directly to their interests and concerns. While Dangeti and Sireleaf are not the only minority voices in the film and television commentary space, they are some of the only minority voices in the trailer review space. In addition to treating trailers as the art form they are, the TrailerTime hosts are actively hoping to inspire more minority voices to get into the trailer review game as well as general commentary game.

The Best Ways You Can Effectively Manage Your Business' Finances