Tyson Fury vs Deontay Wilder III: The Most Historic Trilogy in Decades 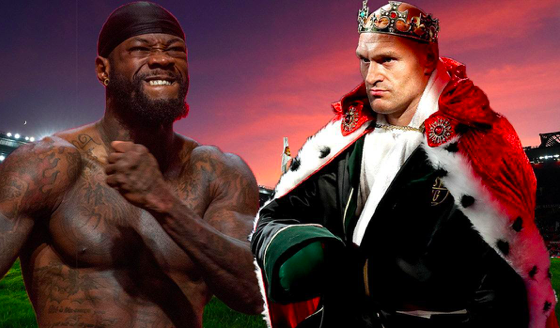 After one of the most impressive performances in boxing history, the undisputed heavyweight champion of the world Tyson Fury will invite his nemesis Deontay Wilder into the ring for a third and final fight.

Fury decapitated Wilder in their second fight earlier this year, and now the rumours can be put to bed as Deontay Wilder exercised his rematch clause in a trilogy bout that’s rumoured to take place in December of 2020.

.@bronzebomber where you at mush? The clock is ticking!! I’m not gonna wait for ever!!! There is other bums in the division that I want to eat for breakfast 🍳 pic.twitter.com/ZZwhItBC2S

While the champion was eager for an immediate matchup, Wilder remained quiet on social media and in the press. The coronavirus pandemic put a halt on sporting events, which in reality favours the challenger heading into the trilogy bout. It would never have been a wise move for Wilder to introduce his rematch clause too early after his knockout loss. The more time spent away from the rematch favours the challenger, but Wilder won’t wait forever.

The contractually bound trilogy fight will expire unless “The Bronze Bomber” and his management begin preparations within a particular allotted time. Fury recently turned to social media to vent his frustrations;

“Where you at mush? The clock is ticking!! I’m not going to wait forever!!! There are other bums in the division that I want to eat for breakfast.”

And, with his return to social for the first time in three months, Deontay seemingly responded to Fury in his cryptic message;

“I believe in Glaz Za Glaz!!!” A phrase that translates as “an eye for an eye.”

Before his silence back in April of 2020, Wilder is now determined that he’ll seek his revenge in the trilogy fight;

“It’s not over. In my eyes, I don’t see Fury as the champion,” said Wilder. “He ain’t the champion yet, we’ve still got one more fight left… and I’m looking forward to giving the world the best of Deontay Wilder.”

The fight ahead will undoubtedly draw a level of hype, but with such an outstanding display from Fury in the second fight and a questionable drawn battle in the first, fans are expecting the champ to have his way in the trilogy. Plus, any other outcome could ruin the chances of Tyson Fury versus Anthony Joshua, the people’s fight!

Dillian Whyte expelled his chances of a mandatory fight with Fury when he lost by knockout to Alexander Povetkin.  Meaning that should Fury win the trilogy and Joshua defeats Kubrat Pulev, there will be one fight left to book to determine the greatest heavyweight of this generation.

The superior technical boxing ability of Tyson Fury has been evident throughout both fights, but more significantly the second encounter. It’s hard to envision Wilder finding any success in the trilogy bout besides the chance his knockout shot may connect.  When we compare boxing ability, the fight ahead is Fury’s to lose, where “The Bronze Bomber” will be hunting for that knockout punch.

Tyson Fury: “I’m my own worst critic and even though it was a fantastic performance and I got a great win [in the rematch], I know I can do better. I’ve only just started with my new trainer, SugarHill Steward. We only had seven weeks to perfect a Kronk Gym style. But I’m a quick learner, and I aim to get back to the gym straight away, to work on balance and straight punches. I’m going to be putting people to sleep left, right and centre. Don’t forget when I came here people said I couldn’t punch. Wilder himself said I’ve got ‘pillow fists’ in the past. Well it didn’t do badly for an old fat guy who can’t punch, did I?”

Deontay found the button during their first matchup, but Fury wasn’t 100% and was still able to put on a performance that deserved the win. Entering the second fight, Fury looked worlds above in talent level, which ended Wilder a lot sooner than most predicted.